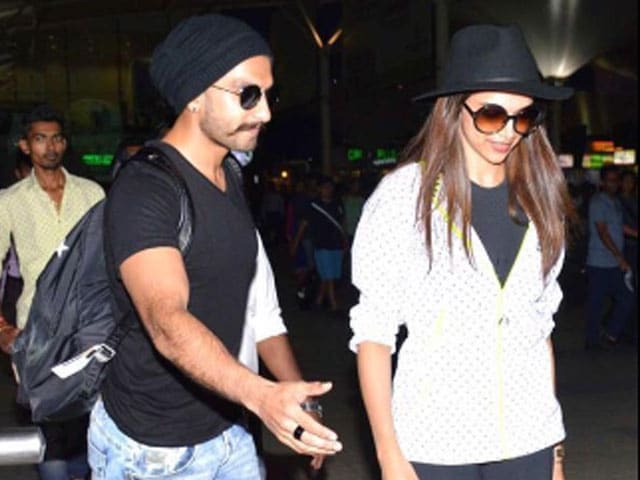 New Delhi: The hat helped provide a degree of privacy but this picture of Ranveer Singh and Deepika Padukone looks like a scene straight out of a Bollywood film. The Bajirao Mastani co-stars were at Mumbai airport and were photographed in the sort of clinch that Raj Kapoor and Nargis made famous in Shree 420. (Also Read: Deepika on Her Screen Chemistry With Ranbir and Ranveer)

The thing about being famous is that there's always someone lurking with a camera or smartphone. It must have been sheer happenstance that Deepika picked a hat to wear with her polka dotted jacket, but it might have been her best wardrobe decision of the day/week/month/year.
This image was posted on Twitter by @DeepikaFC_RU

Ranveer and Deepika have been rumoured to be dating for a while now. They've been spotted acting couple-like on several occasions, including in July when Ranveer showed up at the airport with an armful of flowers to welcome Deepika, returning from a holiday abroad.

The two will soon be seen together in Sanjay Leela Bhansali's Bajirao Mastani, which releases on December 18.