In August, Deepika Paukone wrote 'Hi, Daddie' in the comments thread during Ranveer Singh's live chat with his fans. 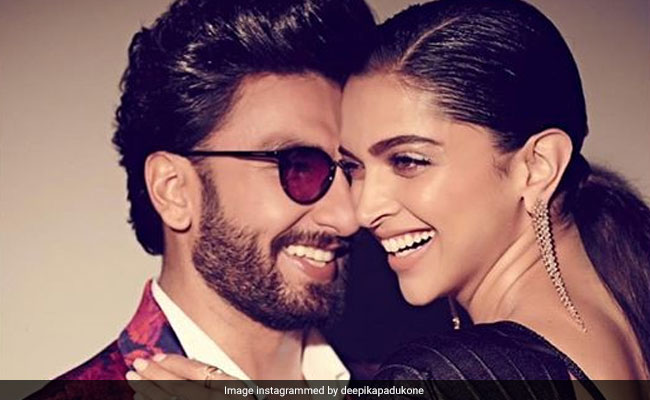 Actress Deepika Padukone's 'Hi, daddie' comment on Ranveer Singh's live chat with fans started the pregnancy rumour in August and now, speaking to Hindustan Times, the "Padmaavat" actress said that she was 'not at all surprised' by the rumours and added that though she and Ranveer love children they do not intend on becoming parents any time soon. "I'm not surprised (by the rumours), we're not surprised by it at all. Do we intend on having children? Of course we do, we both love kids. But do we intend on having children anytime soon? Absolutely not! We're too selfishly at this point focused on our careers and I don't think it would be fair to have kids at this point. We're not even thinking about kids."

"I think it's sad that society kind of puts itself and people in this rut that okay you are dating for so long toh shaadi kab hogi, shaadi ke baad bacche and then grandchildren. It's almost like it's the said expectation," she added.

Deepika Padukone married Ranveer Singh in an extremely private ceremony in Italy in November 2018. After their wedding, both actors got busy with their respective projects - Ranveer first features in Simmba, which released in December 2018 and he was then seen in February 2019 release Gully Boy. He recently completed Kabir Khan's '83, in which Deepika has a cameo role. Ranveer's other projects include Takht and a special appearance in Akshay Kumar's Sooryavanshi.

On the other hand, Deepika Padukone got busy with Chhapaak, her first film as a producer, which is directed by Meghna Gulzar. Chhapaak is inspired by the life of acid attack survivor Laxmi Agarwal and in the movie Deepika plays the role of an acid attack survivor.