Deepika Padukone on Piku's Success: People Want to Adopt Me 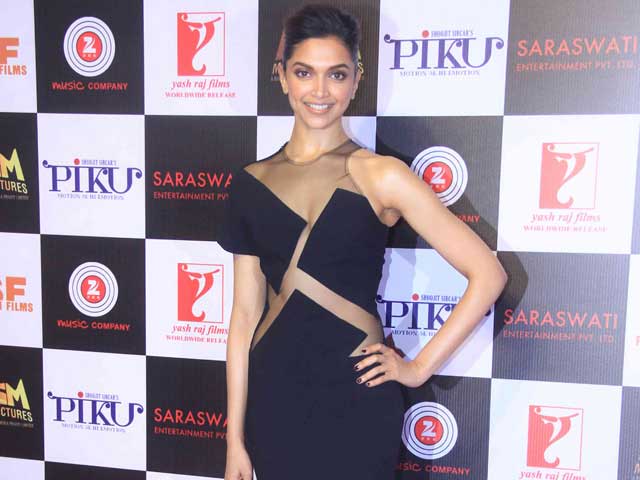 Deepika Padukone at the success party of Piku in Mumbai

Her act as a selfless daughter, who spends more time listening to her father's constipation tales than on her professional or marital pursuits in Piku, has garnered an "overwhelming" response for actress Deepika Padukone. But the most heartening has been the response from people who have expressed a wish to "adopt" her.

Directed by Shoojit Sircar, Piku is an endearing father-daughter tale, with megastar Amitabh Bachchan essaying the role of Deepika's onscreen father. Their chemistry is natural, relatable and pleasing despite being one full of arguments. What also stands out is Deepika's subdued and subtle camaraderie with Irrfan Khan in the film.

"The response has been overwhelming," Deepika told IANS in an interview post the film's release. Her character is independent and free-spirited.

"I think we had all thought that it's a sweet film and that people will connect with it, but none of us had expected it to become this big. It's gone beyond our own control. The biggest compliment for me has been... I know it may sound funny, but a lot of people want to adopt me," said the 29-year-old.

She says it's been the "biggest compliment".

"Multiple people have told me that they want to adopt me after watching 'Piku', and that's very overwhelming," said Deepika, who in real life, is the daughter of former badminton ace Prakash Padukone.

Deepika, who also features in a brand's emotional advertisement about a daughter's love towards her mother, says her biggest critic is her family. But even they were speechless after watching Piku.

"My family is my biggest critic. They always watch my films, but they would always say 'This could have been a little better'. But, for the first time, after watching this film (Piku), there was an absolute silence when they called me.

"They were so overwhelmed by what they had seen that they were just lost for words," she added.

The success of ,i>Piku also shows how a movie can work even without extensive multi-city promotions, skin show, a lip-lock scene or the song-and-dance formula.

"It depends on the story and what the characters are trying to convey. 'Piku' is a story of a daughter and her journey and how she tries to be perfect in every role. She is trying to do so many things and do them all perfectly. 'Piku' is different and didn't require all of that," she said.

Considering that Deepika has had quite a winning streak with movies like Cocktail, Goliyon Ki Raasleela Ram-Leela, Chennai Express and Happy New Year, how does she choose her films?

Promoted
Listen to the latest songs, only on JioSaavn.com
"There is no formula. If I find a script and if I feel the director can justify it, I go ahead and do it. I follow my heart and my gut feeling," she said.

"The reaction that Piku has got, the kind of scripts that I am getting and with the kind of actors I am getting to work with, it's a very exciting time for me right now," added the actress, who will next be seen in films like Tamasha with Ranbir Kapoor and Bajirao Mastani with Ranveer Singh.