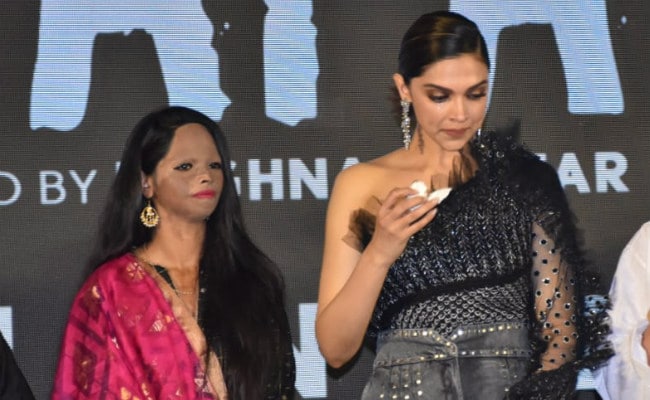 Deepika Padukone launched the title song of her new film Chhapaak in Mumbai on Friday afternoon and joining her at the event was Laxmi Agarwal, on who Deepika's character Malti is based in the movie. Laxmi Agarwal is now a TV show host and a campaigner with Stop Acid Attacks. The Chhapaak title track, which also released on social media, is a poignant depiction of Malti's traumatising experience and her brave fight for injustice, which made both Deepika Padukone and Laxmi Agarwal quite a bit emotional at the launch event. The song launch was also attended by director Meghna Gulzar and Deepika's co-star Vikrant Massey, who plays Malti's love interest in the film - a character based on Laxmi's real-life partner Alok Dixit. 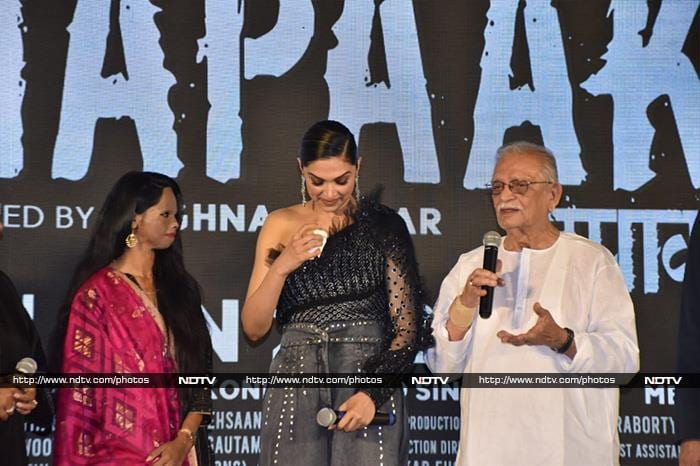 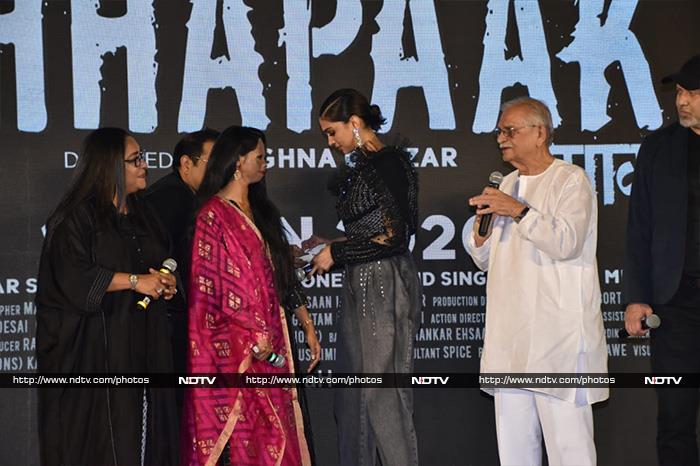 At the event, Laxmi and Deepika welled up as Shankar Mahadevan sung a beautiful rendition of the Chhapaak title song. Deepika, who was standing next to Laxmi, reached out for a hug, who then completely broke down while Deepika consoled her. Deepika also appeared rather overwhelmed with emotion and couldn't hold back tears. 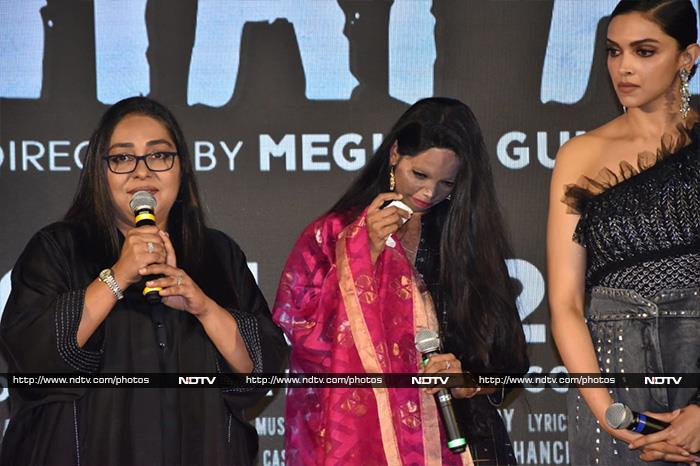 Earlier in December, Deepika Padukone broke down at the trailer launch of Chhapaak, when she requested Meghna Gulzar to "carry on" the conversation as she composed herself. Deepika, who has termed Chhapaak as a "special" film time and again, told news agency IANS recently: "Beyond the gruesomeness, the violence and all of that, there is a story of the human spirit and hope. That's why we're telling the story."

Directed by Meghna Gulzar, Chhapaak will mark Deepika's debut as a producer. The film is scheduled to hit screens on January 10, when it will clash with Ajay Devgn's Tanhaji. Rajinikanth's Darbar releases a day before on January 9.