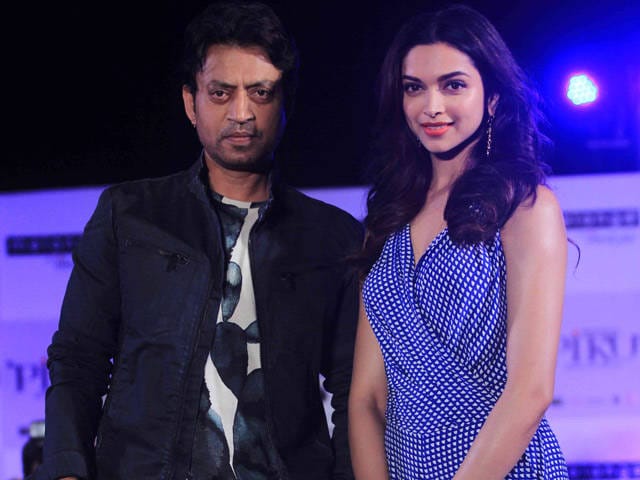 Irrfan Khan and Deepika Padukone photographed at an event in Mumbai

Mumbai: Actor Irrfan Khan, who shared the screen with Deepika Padukone in Piku, says the actress is the biggest star and he is glad Amitabh Bachchan thinks the same.

Recently, Mr Bachchan said that people watched Piku only because of Deepika.

When asked for his reaction on the same Irrfan said, "I don't want to react on that. If he is saying so then there is some truth to it. Deepika is the biggest star and she was the diamond in the whole montage of actors and I am glad he acknowledged Deepika's work."

Meanwhile, the 49-year-old actor is busy promoting his film Madaari and he says the definition of commercial cinema should be broadened.

Madaari is directed by Nishikant Kamat and is all set to release on July 15.