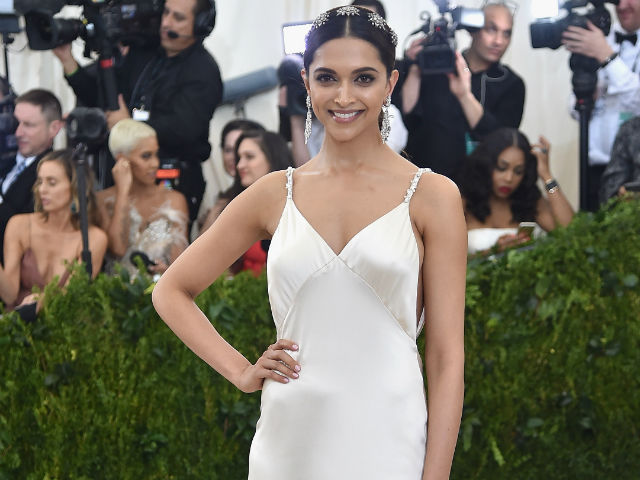 New Delhi: If Priyanka Chopra was not enough, actress Deepika Padukone has also entered the Met Gala 2017 line-up of celebs. The 31-year-old actress made her red carpet debut at the Met Gala 2017, held in New York on Monday evening, and the Internet loves it. Deepika's white ensemble appears to be a simple satin creation while the highlight of the dress is the low back, accompanied by a studded ridge. "Deepika is indeed the epitome of everything elegant," read a tweet while the general opinion on Twitter is that, in pristine white, "She looked like a beautiful and glamorous princess." Deepika Padukone has clearly won Twitter and all our hearts with her Met Gala look. 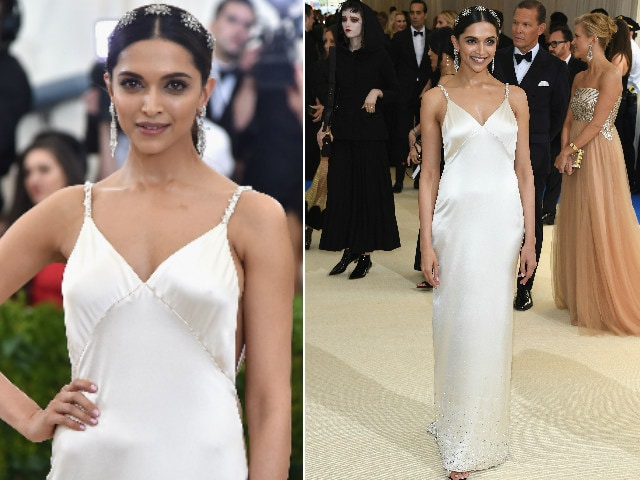 #DeepikaAtGala You know We're all your fans so so proud of you @deepikapadukone you looking so amazing #MetGala
pic.twitter.com/Mr5ClNlUOf

@deepikapadukone's debut is rather carefully done but she is indeed the epitome of everything elegant and beautiful! #MetGala

Wow, @deepikapadukone looked like a beautiful and glamorous princess at the #MetGala. So very proud of her @themetgala@voguemagazine

We got little Deepika. But we got Deepika. She made it to the #MetGala in 4 damn months. She's here to stay yall.#DeepikaAtMetGala

However, Deepika's dazzling hairdo stole some of the limelight from her outfit. Deepika's make-up is courtesy internationally acclaimed artist Georgie Eisdell with her hair styled by Harry Josh. Deepika's headband was actually an array of studded clips, a closer look at which has been provided by Georgie Eisdell:

When East meets West and you realize your both #indiawaale Stunning #deepikapadukone for the #metgala tonight. Make up by @georgieeisdell hair by me a fellow desi #dreamsdocometrue

Deepika Padukone attended the Met Gala with the likes of Katy Perry, Rihanna and Jennifer Lopez and of course her friend and colleague Priyanka Chopra, who set the red carpet on fire in a Ralph Lauren trench coat-style ballgown.

Deepika Padukone recently featured in a special song in Dinesh Vijan's new film Raabta and will next be seen playing the protagonist in Sanjay Leela Bhansali's period drama Padmavati.

Priyanka Chopra Vs Deepika Padukone: Whose Met Gala 2017 Look Do You Rate Higher?