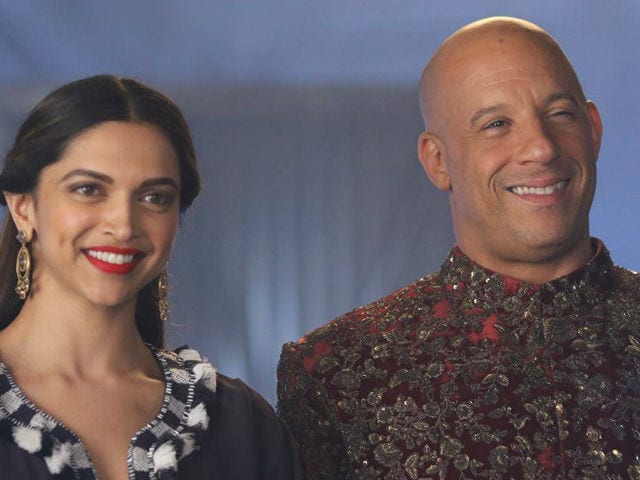 New Delhi: Actress Deepika Padukone announced that her first Hollywood co-star Vin Diesel will join her for the premiere of their film xXx: The Return of Xander Cage in India. On Tuesday, Deepika posted a message for Vin Diesel in Hindi on Twitter saying India is "anxiously waiting for his arrival." Her Hindi tweet read: "India is anxiously waiting for you. We'll meet soon - on January 12 and 13. With lots of love." And now, a source close to the actress told Mid-Day that she will host a grand party with the who's who of Bollywood in attendance for Vin Diesel. "Of the many things on the list, one of them is a big party to be hosted by Deepika, with the top guns of Bollywood in attendance," a source told Mid-Day.

The film releases in India on January 14, five days before it will hit the screens in other areas. "While I was shooting I suggested the team that it would be great (to release it first in India) and I am happy it happened finally. It is a huge international franchise and I am happy India is such a big part of the plan," Deepika earlier told news agency PTI.

Deepika also said that she's proud to represent India in Hollywood. "I feel very proud that I get to represent my country especially in this kind of an action franchise film. I am sure this film will be enjoyed a lot because of the content. There is lot of action, adventure, which we have not seen in Indian films before. So, I am excited to show the film here," she told PTI.