Deepika Padukone Asked Salman Khan to Marry Her. This is What he Said 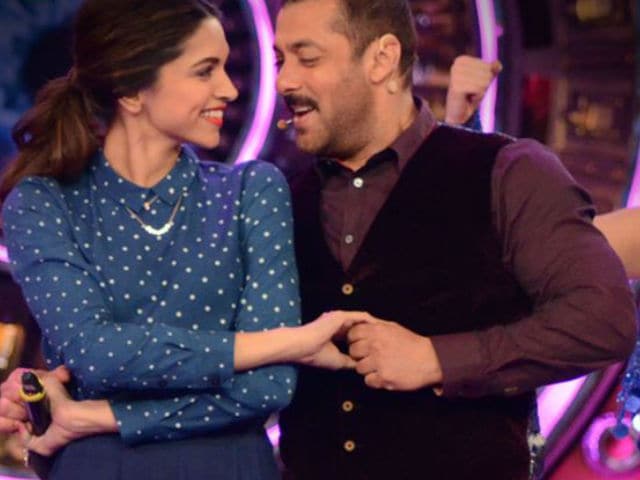 New Delhi: Day 42 will go down as a red letter one on the Bigg Boss calendar, at least for host Salman Khan, because it's not often that he receives a televised proposal of marriage from a top Bollywood actress.

Deepika, looking rather fetching in a Bodice shirt and trousers, was on Bigg Boss 9 on Saturday to promote her new film Tamasha and was drafted into playing a 'game' by Salman.

Salman, 49 going on 50, is Bollywood's most eligible bachelor and appeared completely taken aback and slightly alarmed when his 29-year-old guest went down on one knee. "Salman will you marry me?," asked Deepika. (Also Read: Salman Khan's Marriage is Being Discussed Again. 'Don't Demoralise' Him)

The reply, when it came, was in the negative - sort of. "You've won the game, I'm out," Salman told Deepika, defeated. (Also Read: Salman Khan, You Should Seriously Think About This Wedding Proposal)

Here's what went down and we imagine the alarm would have been on the other side had Salman answered differently. It caused Deepika a moment of disquiet as it was.

The proposal and its subsequent rejection aired in the Sunday episode of Bigg Boss.

Currently, there is a safe distance of a thousand-odd kilometres between Deepika, who is in New Delhi, and Salman, who is in Mumbai.