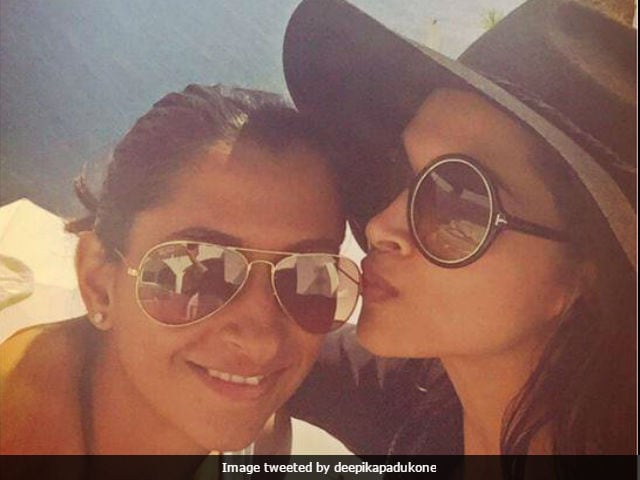 New Delhi: Deepika Padukone, who is currently busy shooting for Sanjay Leela Bhansali's film Padmavati, shared a nostalgic picture with her sister Anisha on Instagram. In the throwback picture shared by the 31-year-old actress, the duo looks absolutely adorable as they happily pose together. On Tuesday, a picture of Deepika performing aarti in Rishikesh had gone viral on the social media. The Housefull actress, accompanied by her mother Ujjala Padukone and other relatives, attended the Ganga aarti in Rishikesh on Monday. Deepika, who made her debut as an actor with Kannada film Aishwarya, is the daughter of former badminton player, Prakash Padukone. Her younger sister, Anisha is a golfer.

See the lovely picture shared by Deepika Padukone below:

Deepika Padukone also made her debut on popular international talks show such as - The Ellen DeGeneres Show and The Late Late Show with James Corden.

In Sanjay Leela Bhansali's Padmavati, Deepika Padukone will be seen in the title role as Rani Padmini. The film, which is scheduled to release on November 17, marks her third collaboration with the 54-year-old filmmaker. They have previously worked together in films such as - Goliyon Ki Raasleela Ram-Leela and Bajirao Mastani.

Promoted
Listen to the latest songs, only on JioSaavn.com
Padmavati also features Ranveer Singh and Shahid Kapoor in lead roles.