Deepika Padukone And Ranveer Singh's Wedding: The Venue, Guest List And Other Details 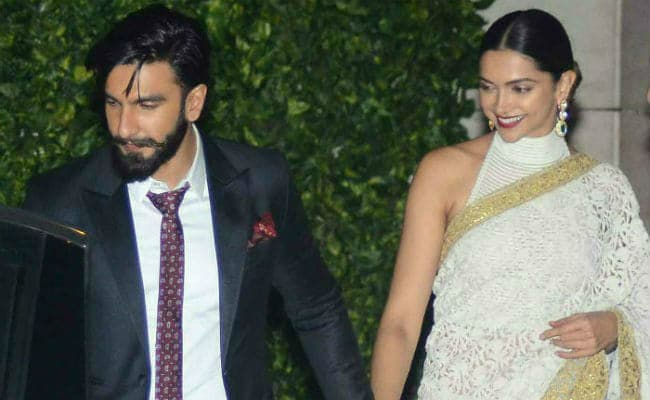 Deepika Padukone and Ranveer Singh photographed at a party in Mumbai

Actors Deepika Padukone and Ranveer Singh's big fat Bollywood wedding has intrigued everyone. It's just less than a month away and what everybody wants to know is where's the wedding, whose wearing what, whose on the guests list, the special dance performances and several other details. Even before the couple announced it officially, they trended a great deal with fresh rounds of wedding rumours every other day. As per a Mumbai Mirror report, Deepika and Ranveer will marry in Italy's Lake Como. Guess who is designing the bride's outfits. Reports state its Sabyasachi Mukherjee. "A Delhi-based wedding planner has been roped in for the shaadi which will be preceded by the sangeet on November 13," Mumbai Mirror quoted a source as saying. The couple will also host two wedding receptions in India - Mumbai and Bengaluru - respectively.

Of their honeymoon plans, the source told Mumbai Mirror, "The couple will head for a brief honeymoon before Ranveer dives into the promotions of Simmba which opens on December 28."

The wedding though will be attended by only family members and close friends, but Sanjay Leela Bhansali, Arjun Kapoor and Karan Johar are also expected to be a part of it, a Hindustan Times report states.

Some months ago, it was also reported that no cell phones will be allowed at the wedding venue.

Deepika and Ranveer officially announced that their wedding on Sunday evening via a joint statement on social media. The wedding is scheduled on November 14 and 15. However, they didn't mention the venue.

"With the blessings of our families, it gives us immense joy in sharing that our wedding is set to take place on the 14th and 15th November, 2018. We thank you for all the love you have showered upon us over the years and seek your blessings as we embark on this incredible journey of love, loyalty friendship and togetherness," read the statement, which soon sent the Internet into a meltdown.