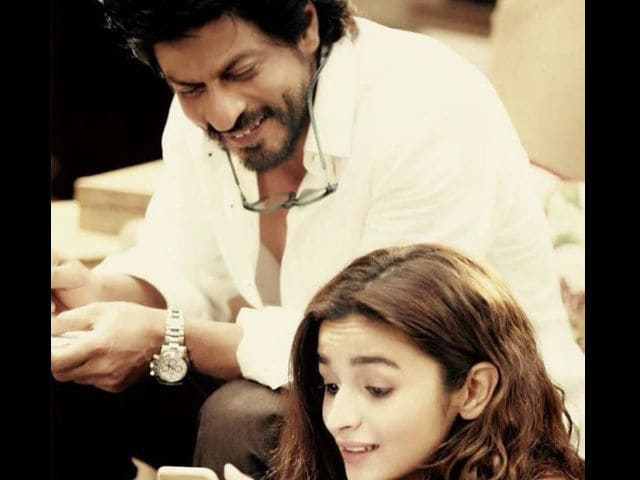 New Delhi: Alia Bhatt needn't feel impatient this Tuesday, as Shah Rukh Khan has delivered on his promise. The first poster of the two actors' upcoming slice-of-life film Dear Zindagi was unveiled on Tuesday evening by makers Red Chillies Entertainment. And the refreshingly breezy poster definitely hits all the check-marks in our boxes for a great first look.

Life is a ride and you gotta keep moving! Presenting, #DearZindagiFirstLookpic.twitter.com/D9OSkyhOJ8

Dear Zindagi, directed by English Vinglish director Gauri Shinde, is already highly anticipated due to the first-time pairing of Shah Rukh and Alia. The two co-stars have just begun promoting the film online, and we had the poster coming if their recent Twitter exchange is anything to go by.

For the uninitiated, Alia wanted to find a cure for her 'Monday blues.' Actually, she wondered if those 'blues' could be replaced with 'pink' or 'peach.'

Of course, her guru Shah Rukh needed some time to answer this pickle.

Finally, Shah Rukh had these words of wisdom:

But Alia would have none of it and wanted something small to lift her spirits:

No amount of showers would let Shah Rukh from letting his co-star feel better. He gave her (and us) this great surprise:

This @aliaa08 has no sense of timing. But I have to answer her....wherever I am. Hope the poster helps. #DearZindagipic.twitter.com/VuNfdbj3dM

Promoted
Listen to the latest songs, only on JioSaavn.com
This fun Twitter exchange culminated in the poster, and we must say, we're pleasantly surprised. The poster shows a light-hearted moment between the two keep moving on path of life.