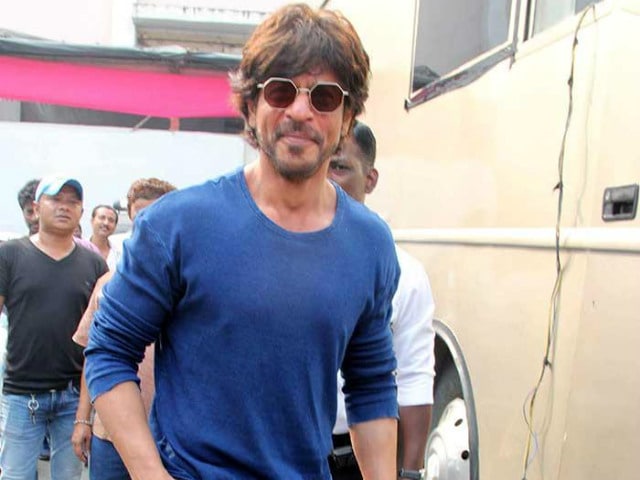 New Delhi: Everybody loves Shah Rukh Khan. An endorsement of this was tweeted by Alan Rusbridger, formerly editor of The Guardian and currently principal of Lady Margaret Hall, a college of the University of Oxford. Mr Rusbridger interrupted a Twitter exchange between SRK and actress Alia Bhatt earlier this week to ask if the 51-year-old star would address students in the college. "They love you," said Mr Rusbridger (what we'd love is for him to tell us if he's seen a Shah Rukh Khan movie). SRK and Alia are co-stars from the film Dear Zindagi, which released last Friday. They had a conversation on Twitter about SRK's 'cool VFX' (Alia's tweet) and his response about how he was 'glad to be of service.' Into this, Mr Rusbridger interjected:

@iamsrk can we tempt to to Oxford University to talk to our students at @lmhoxford? They love you (I'm the principal)

We can't find an answering tweet from SRK but his fans are thrilled by the invitation, urging Mr Rusbridger to telecast the actor's address (should it happen) live so everyone can watch. Shah Rukh Khan has, in the past, addressed students at Yale and the Dhirubhai Ambani International School. Some months ago, he was mobbed at the University of Southern California, where his son Aryan now studies film.

It's unlikely that Shah Rukh Khan will have time for Oxford in the next couple of months. Sorry, Alan Rusbridger, but he is one of India's busiest stars. Dear Zindagi may be done and dusted but SRK has been plunged headlong into filming what remains of Raees, out next month.

Long drive for Raees work. I am in a Dear Zindagi state of mind. @gauris & @aliaa08 suggest song beside #LetsBreakUppic.twitter.com/9Mykyb1ca9

Promoted
Listen to the latest songs, only on JioSaavn.com
He's also making a film with actress Anushka Sharma and director Imtiaz Ali, the title of which is going to be crowdsourced. After that, Shah Rukh Khan begins work on a project with director Aanand L Rai, in which he is believed to be playing a dwarf.

So Lady Margaret Hall, Oxford will probably have to wait. Let us know if Shah Rukh Khan accepts your invite, Mr Rusbridger. We'd like to know.