Dear Kajol, Thank You For This Pic Of Nysa And Yug 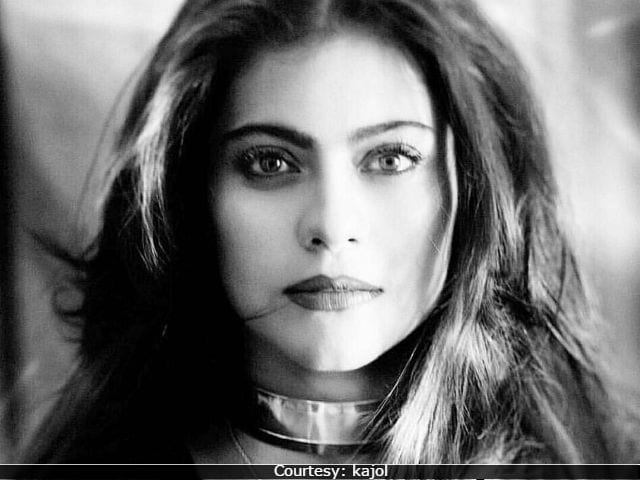 New Delhi: Actress Kajol, whom we absolutely do not see enough of anywhere ever, has posted a picture of her daughter Nysa, 13, and son Yug, 6, on her Instagram account. Both plainly take after dad - Yug is certainly going to grow up a dead ringer for Ajay Devgn. As the placeline indicates, the photo appears to have been taken at the Gymkhana Club in Juhu, the neighbourhood in which they live. 'Family,' Kajol captioned the post, adding a heart emoji. Nysa and Yug appear engrossed by something (food? phone?) off-camera. There is a third person in the picture - an immaculately coiffed young man wearing sunglasses - whom we, and the commenters on the post, couldn't identify. Here is Kajol's post:

The 42-year-old actress has recently posted several family-related pictures. Last week, she celebrated her 18th wedding anniversary with this photo of herself and Ajay Devgn, whom she married in 1999.

Thank y'all for all ur wonderfully warm wishes.

when I see my babies together @nysaadevgan

Before that, Kajol provided a throwback picture of Nysa and grandmother Veena Devgan (the family doesn't seem to have adopted Ajay's stylization of his surname):

#tb to a happy Diwali moment

Promoted
Listen to the latest songs, only on JioSaavn.com
She also reposted a golden oldie of herself with mother Tanuja and grandmother Shobhna Samarth, taken when she was about to begin work on her debut film, 1992's Bekhudi.

#tbt my muhurat of Bekhudi at RK studios. 26 years back!

Kajol, daughter of Tanuja and producer Shomu Mukherjee, is the star of films such as Dilwale Dulhania Le Jayenge, Baazigar, Kuch Kuch Hota Hai, Fanaa and My Name Is Khan. She began dating Ajay Devgn, her co-star from films like Ishq and Pyar Toh Hona Hi Tha, in 1994. They married five years later and Kajol has been seen on screen only sporadically since then - much to the dismay and disappointment of fans. Her last film appearance was in 2015's Dilwale, opposite frequent co-star Shah Rukh Khan. Kajol is currently filming the Tamil-language Velaiilla Pattadhari 2, or VIP 2, with Dhanush.