Deadpool 2's business is expected to grow over the weekend 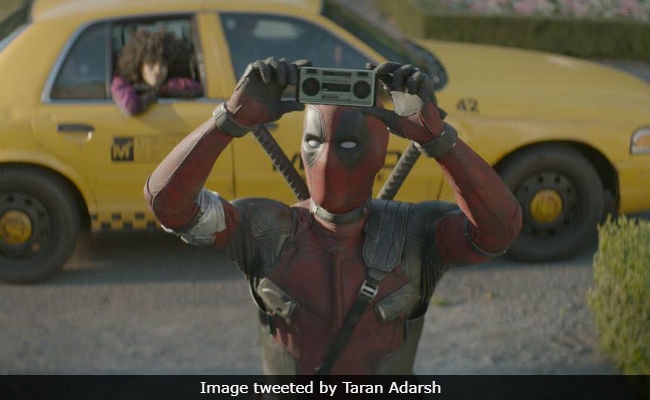 New Delhi: As predicted, Hollywood's latest offering Deadpool 2 now ranks fourth on the list of top openers of 2018 in India. The film, starring Ryan Reynolds as arguably the most unconventional superhero, pocketed Rs 11 crore on the opening day - in English and dubbed versions. "Hollywood films are strengthening and cementing their reach in India. Deadpool 2 has an 'Adult' certification, yet the opening day is in double digits. Proves, yet again, Hollywood event films/popular franchises are massive crowd pullers," tweeted trade analyst Taran Adarsh. He added that the film's business is expectd to multiply over the weekend.

Here's the Day 1 report of Deadpool 2:

Hollywood films are strengthening and cementing their reach in India... #Deadpool2 has an Adults certification, yet the opening day is in double digits [all versions]... Proves, yet again, Hollywood event films/popular franchises are massive crowd pullers.

At home, Deadpool 2 is charming cine-lovers and it has already set a new record of the highest preview collection for a 'R' rated film - Deadpool 2 collected over $18 million on Thursday and its two-day collection is expected to close at $50 million, as per Variety Magazine. The report also stated that Marvel's Deadpool 2, which is distributed by 20th Century Fox, is aiming for $130 million opening weekend in North America.

Promoted
Listen to the latest songs, only on JioSaavn.com
Deadpool 2, which has 84 per cent rating on Rotten Tomatoes at the time of writing this, opened to fairly decent reviews worldwide on Friday. Critics have lauded Ryan Reynolds' (also the film's co-writer and c-producer) impeccable comic timing in the film, made on a budget of $110 million. Raja Sen in his review for NDTV wrote: "Ryan Reynolds has embraced the filthy mercenary character with (a frankly alarming amount of) gusto, and made Deadpool irredeemably his own. He has solid screen presence and plays well off other, less bastardly heroes around him, but this self-referential film gives you a whole lot of one man."