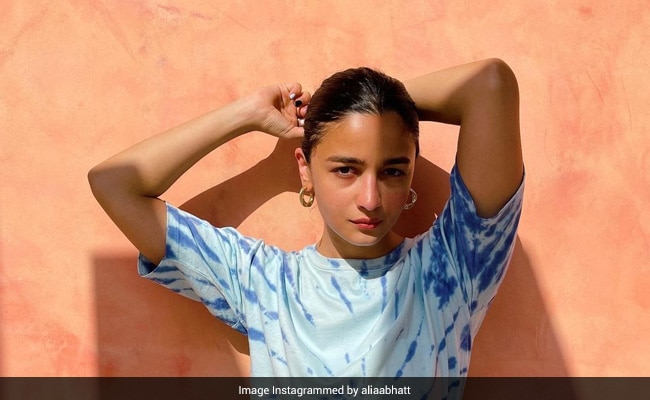 Actress Alia Bhatt, who recently started her own production house titled Eternal Sunshine Productions, on Thursday, began prepping for her upcoming film Darlings. How we know this? Courtesy, the actress' latest Instagram story. She shared a picture of what looks like the script of the film on her Instagram story. Her companion for the script-reading session was a cup of black coffee. "Prep," she wrote along with the picture. Darlings will mark Alia's debut as a producer. Besides producing the film, the 28-year-old actress will also be starring in it. The film will be co-produced by Shah Rukh Khan's production house Red Chillies Entertainment. The film will also star Shefali Shah, Roshan Mathew and Alia Bhatt's Gully Boy co-star Vijay Varma. Darlings is described as a dark comedy. 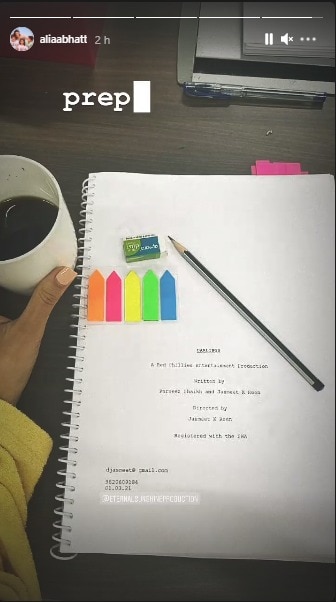 Alia Bhatt announced her production debut with Darlings in March this year. In her post, she wrote: "This one's special! Announcing #Darlings, my first ever production under Eternal Sunshine Productions, in association with my fav Shah Rukh Khan's Red Chillies Entertainment."

Alia also dedicated an Instagram post to the launch of her production house. She shared the logo of her production company on Instagram and wrote: "And I am so happy to announce....PRODUCTION!! Eternal Sunshine Productions. Let us tell you tales. Happy tales. Warm and fuzzy tales. Real tales. Timeless tales."

Besides Darlings, Alia Bhatt has an impressive line-up of films for her. She will next be seen in Ayan Mukerji's Brahmastra, co-starring her boyfriend, actor Ranbir Kapoor. Alia will also be seen in Sanjay Leela Bhansali's Gangubai Kathiawadi and SS Rajamouli's RRR.