Aamir Khan's Dangal Reviewed By Celebs. What A Film, They Tweet 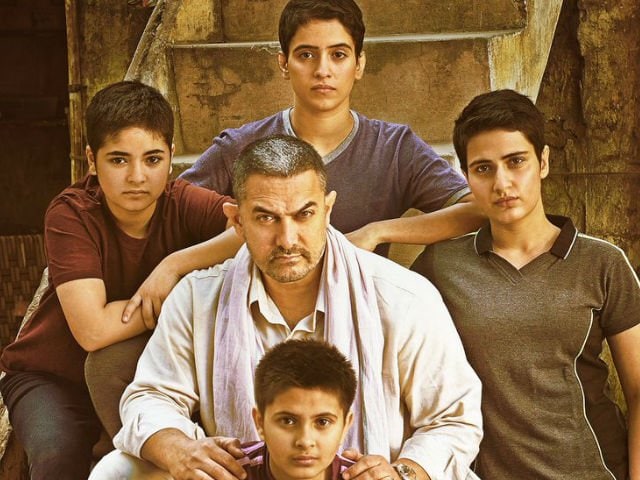 New Delhi: Actor Aamir Khan screened his new movie Dangal for a lucky handful two months ago in October. Among those who were treated to the preview was filmmaker Karan Johar who tweeted excitedly about it being the best film he'd seen in a decade. Not everyone in Bollywood was as privileged - celebs like Anil Kapoor and his nephew Arjun had to wait till the release week. The Kapoors were on the guest list invited to the screening of Dangal on Tuesday night in Mumbai and they agree with Karan Johar that the movie is first-rate. Dangal stars Aamir Khan as the screen version of Haryanvi wrestler Mahavir Singh Phogat, who was also at the screening with his daughters Geeta and Babita (played in the film by actresses Sanya Malhotra and Fatima Sana Shaikh).

Anil Kapoor tweeted about how watching Dangal had been a very personal experience for him. He also praised the film's 51-year-old star's absolute commitment to the role:

#Dangal was an emotional experience for me. Even today, a father's struggle with society & self for his daughters is very real...

@aamir_khan's transformation reflects his utter dedication. His honesty makes #Dangal relatable & cinematically spectacular, all at once!

Arjun Kapoor, Abhishek Bachchan and Tusshar Kapoor tweeted their praise of the film:

What a film #dangal is !!! Such an important event for the women & sports in our country @aamir_khan inspires us again, spellbound & in awe.

Dangal is such a beautiful film. Spellbound!! Well done @aamir_khan Nitish and the entire team.

Speechless! Infact, at a loss of words to describe how well this film surpasses the expectations that come with an Aamir Khan film! #Dangal

An Aamir Khan film is always an event. Dangal, in which the actor plays Mahavir Phogat as a young man as well as a middle-aged father, will open amid sky-high expectations. Aamir's last film was 2014's PK, currently Bollywood's biggest earner with over Rs 700 crore worldwide. Aamir and Dangal will be expected to deliver either record-breaking box office or five star reviews, preferably both.

Promoted
Listen to the latest songs, only on JioSaavn.com
Aamir Khan, well-known for his attention to detail and single-minded focus on the characters he plays, trained in wrestling and also worked with a dialect coach to master the Haryanvi accent for Dangal. The demands made of him physically have been well documented and marveled at - he gained over 25 kilos to film his scenes as the older Mahavir Phogat, then worked out intensively for five months to lose the extra poundage and chisel his body to look the part of the young wrestler.

Dangal is directed by Nitesh Tiwari and co-stars Sakshi Tanwar as Mahavir Phogat's wife Daya Kaur. It releases this Friday.