"Wishing you and Vivek Suhag a happy, healthy and fulfilling marriage together," tweeted Aamir Khan 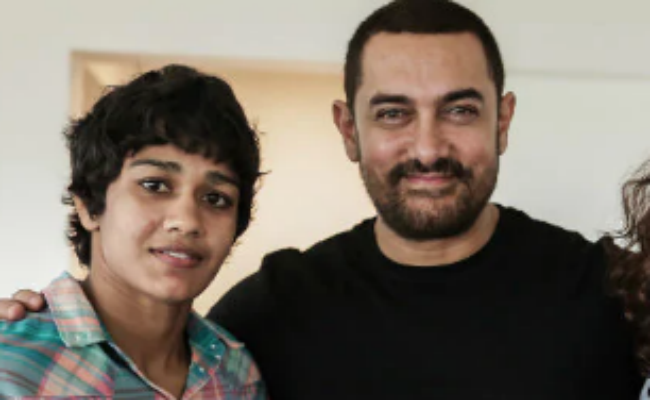 Bollywood actor Aamir Khan congratulated wrestler-turned politician Babita Phogat on her wedding. Babita Phogat married wrestler Vivek Suhag in a traditional ceremony on Sunday. Aamir Khan posted a wish for Babita and her husband Vivek Suhag and wrote: "Dear Babita Phogat, wishing you and Vivek Suhag a happy, healthy and fulfilling marriage together. Love." For the uninitiated, Aamir Khan featured in the 2016 sports film Dangal, which was a biopic on Babita and Geeta Phogat's father Mahavir Singh Phogat (also a wrestler). The film showcased the journey of the Phogat sisters from fighting in dangals in Haryana to winning medals at the Commonwealth Games.

Dear @BabitaPhogat, wishing you and @SuhagVivek a happy, healthy and fulfilling marriage together.
Love.
a.

A few years ago, Aamir Khan attended Babita Phogat's sister Geeta's wedding in November, 2016, which took place in her village of Balali in Haryana. Aamir Khan gained 25 extra kilos and then shed it for his role in Dangal. In the film, Geeta and Babita's roles were played by Fatima Sana Shaikh and Sanya Malhotra, respectively. Zaira Wasim and Suhani Bhatnagar featured as younger Geeta and Babita Phogat in the film. The Nitesh Tiwari-directed film emerged as a super hit at the box office and it performed exceptionally well in China as well.