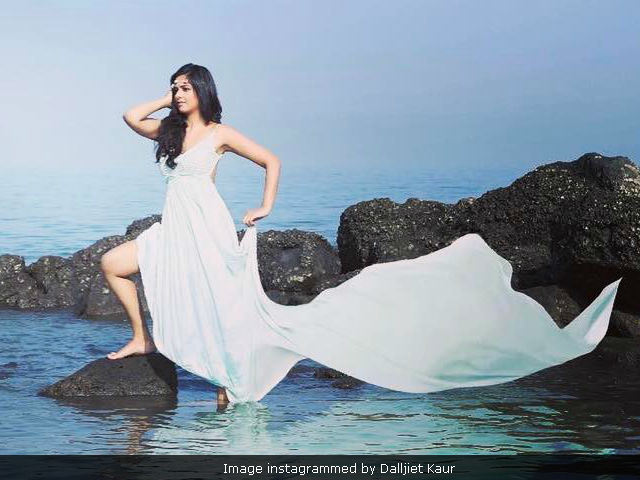 New Delhi: Actress Dalljiet Kaur's makeover is something no one could have missed. She often takes the top spot on trends list due to the fabulous pictures she shares on Instagram. The 34-year-old actress recently shared pictures from a photoshoot co-starring her four-year-old son Jaydon. Of her transformation, the Kaala Teeka actress told Mid-Day: "I was 86 kg, but now I am 53 kg. This makeover is for myself. If it benefits my work, it would be great. I steer clear of maida, fried and junk food. I use jaggery in my tea, instead of sugar. There's a substitute for everything."

In an earlier interview to Times of India, Dalljiet said she felt "much more confident after the weight loss." Last year, she said: " I thought now was the time to get back in shape and I started working towards it. I feel when people are offering me work, they should do it willingly and it should not be under any pressure. Earlier, I couldn't do it as I needed money to join a gym and work on myself. But after I started working again, I could afford it," she said.

Promoted
Listen to the latest songs, only on JioSaavn.com
Dalljiet Kaur started her Bollywood journey with TV show Kumkum - Ek Pyara Sa Bandhan in 2005 and the same year she also featured in Kaisa Ye Pyar Hai. She got her first lead role in Kulvaddhu which aired from 2006 to 2007. She also starred in shows like Chhoona Hai Aasmaan, Iss Pyaar Ko Kya Naam Doon? and Swaragini. She again played a pivotal role in Kaala Teeka.

Dalljiet Kaur filed for divorce from actor Shaleen Bhanot and is living separately with his son.