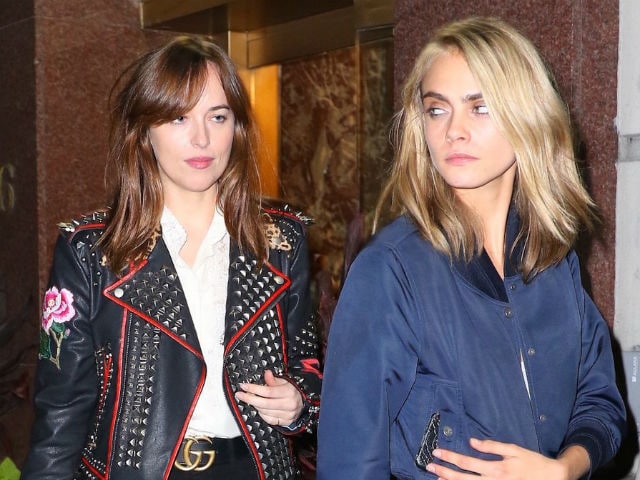 The Suicide Squad actress is dating the Fifty Shades of Grey star post their split from their respective partners earlier this year, reports aceshowbiz.com.

Singer Taylor Swift might be the one who set Cara and Dakota together.

The rumoured couple got a little more than friendly with one another when Dakota began spending time with Taylor's squad.

Cara needed a shoulder to cry on after seeing her former girlfriend St. Vincent move on with actress Kristen Stewart and Dakota just happened to be there to give her the support she needed.

Promoted
Listen to the latest songs, only on JioSaavn.com
The girls ended up becoming so close that they are now inseparable and have been spotted not only hanging out with Taylor's group of friends, but with one another even though they are yet to confirm their relationship.