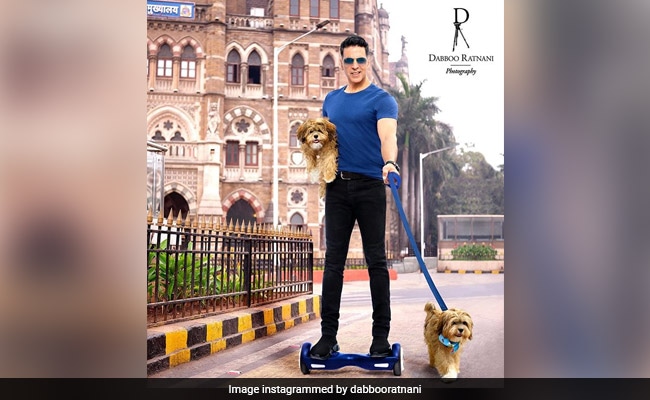 Photographer Dabboo Ratnani shared a brand new shot from his 2020 calendar on Wednesday night and we assure you that it will compel you to say aww. The photograph features Bollywood actor Akshay Kumar along with two pooches. In the shot, the actor can be seen standing on a pair of skates. Dressed in a blue t-shirt and black jeans with tinted aviators, Akshay can be seen smiling with all his heart as he poses with adorable dogs in both his hands. Revealing Akshay's look on social media, Dabboo Ratnani wrote: "Adorbs." Comments like "awesome" and "too good" were seen in the comments section on Dabboo Ratnani's Instagram post.

Earlier, the photographer shared a video of Akshay's BTS shoot for the Dabboo Ratnani calendar. In the video, Akshay spilled the beans on his shot and he could be seen posing with the adorable dogs. ICYMI, this is what we are talking about: