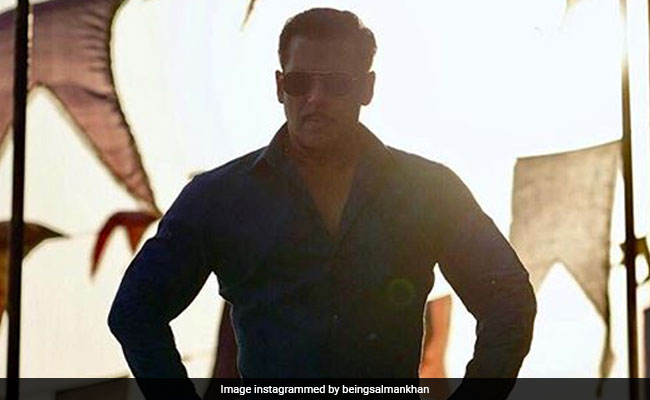 Salman Khan on the sets of Dabang 3. (Image courtesy: Instagram)

Salman Khan wrapped the Maheshwar schedule of his work-in-progress film Dabangg 3, he let his fans know through an Instagram post, which also included a picture of himself dressed as the film's protagonist Chulbul Pandey. "Finally, Maheshwar schedule over. #Dabangg3," Salman Khan wrote and tagged director Prabhu Deva and his producer brother Arbaaz Khan. Arbaaz also plays Salman's onscreen brother in the Dabangg films. When in Maheshwar, Salman Khan also filmedDabangg's peppy title track Hud... Hud. Dabangg - last week Salman Khan updated his fans on Instagram with another picture from the sets of the films.

Meanwhile, actress Sonakshi Sinha reprises her role opposite Salman Khan. Sonakshi, who debuted in Bollywood with 2010's Dabangg, plays Rajjo, a character which the actress said she could play in her sleep. She told news agency PTI: "Rajjo is in my blood, I can play Rajjo in my sleep too. We have just started shooting, I joined the team for the title song."

In the same interview, Sonakshi divulged a few details of the film's plot. "It is prequel and present. There is a backstory to my character as well. Also, a lot of team members are the same, right from the camera crew to costume department to assistant directors, etc. Prabhu Deva sir has joined us as a director and I am happy he is working on this film," she told PTI.

Meanwhile, Salman Khan is looking forward to the release of Bharat slated for Eid 2019 release while Sonakshi's next film is Kalank, releasing next week.