Makers of RRR dropped a new poster of the film today 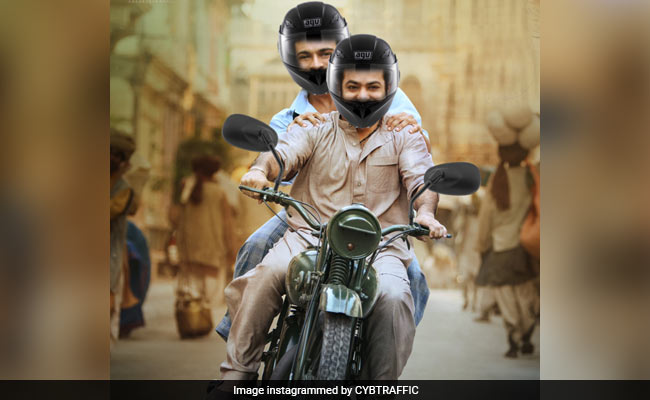 Makers of RRR reacted to Cyberabad Traffic Police's post and pointed out another important element that was "still" missing from the picture. "Still it's not perfect. The number plate is missing," the official page of RRR Movie commented on the post.

Now it is perfect.

As mentioned above, the new poster of RRR Featuring Ram Charan and Jr NTR was released earlier in the day. Along with the poster, the makers also shared that the work on the film is "moving at a rapid pace" with the shoot and dubbing being almost complete. "Moving at a rapid pace. Except for two songs, we are done with the shoot. #RRRMovie. Jr NTR and Ram Charan have completed the dubbing for 2 languages and will wind up the rest soon," the official page of the film tweeted.

Moving at a rapid pace
Except for two songs, we are done with the shoot. #RRRMovie@tarak9999 & @alwaysramcharan have completed the dubbing for 2 languages and will wind up the rest soon.pic.twitter.com/6g1h5yTQhK

RRR also stars Alia Bhatt and Ajay Devgn in pivotal roles. It is scheduled to open in theatres on October 13 this year.