In the video, a smiling Rajinikanth can be seen recording the catch phrase of the song "chumma kizhi." 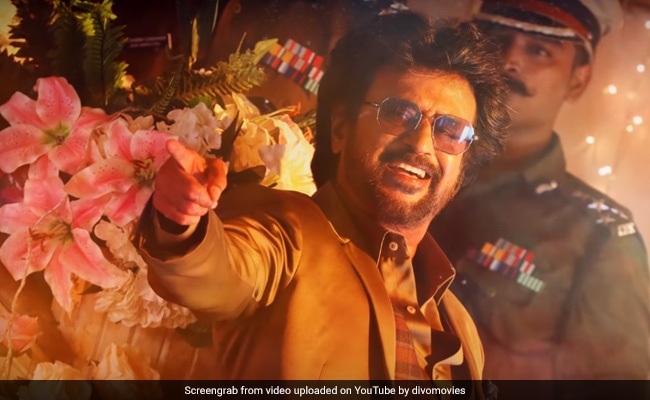 Chumma Kizhi, the introductory song from superstar Rajinikanth's upcoming film Darbar, appears to have already become a superhit. The song went crazy viral, clocking some four million views within just a few hours of it's release on social media, and recording six million views in less than 18 hours. Musician Anirudh Ravichander has composed music for the film. Veteran vocalist SP Balasubrahmanyam has sung the title song. Chumma Kizhi can be interpreted in English as "just tear" or "just rock". The lyrics of the song has been written by Vivek.

The four-minute-long peppy song shows many behind-the-scenes moments from the shooting of Darbar, giving sneak-peeks of Rajinikanth in action and also of the recording studio, featuring Anirudh Ravichander and his team singing the chorus.

In the video, a smiling Rajinikanth can be seen recording the catch phrase of the song "chumma kizhi." In the end, the Darbar star can be seen greeting music composer Anirudh and saying: "In the theatres, this would chumma kizhi (just rock)."

In a series of tweets, Anirudh wrote: "5 million in less than half a day! You guys are breaking records. One and only Thalaivar power".

#ChummaKizhi .. 5 million in less than half a day! You guys are breaking records https://t.co/pnSq0Zu6aO
One and only Thalaivar @rajinikanth power!
Thank you so much :) can't express our gratitude enough ! @ARMurugadoss sir, SPB sir, @Lyricist_Vivek and our whole team

Decades may pass.. but this legend's energy keeps inspiring! Thank you dear SPB sir for #ChummaKizhi 5pm it is #DarbarPongal#DarbarThiruvizha@ARMurugadosspic.twitter.com/mqLVGhOCcX

With Rajinikanth likely to launch his political party ahead of the 2021 assembly polls, there is speculation that the film, which is touted to be an action thriller, may have political overtones. This song that celebrates the aura of Rajinikanth and would introduce him in the film, has politically suggestive phrases like: "It's me hereafter and its darbar if I stand", "I'm the lord for your territory", "I'm the king even today", "If you have honesty, its style" and "If you respect hard work and step forward youth will stick to you completely" among others.

Actor Sivakarthikeyan tweeted this: "The energy is of a different level. SP Balasubrahmanyam sir, evergreen magical voice. Its a feast for fans of Thalaivar".

Recently, actor-politician Kamal Haasan and Rajinikanth expressed willingness to work together if required for the development of the state of Tamil Nadu and it's people.

AR Murugadoss is the director of Darbar. This is the first time he has teamed up with Rajinikanth, who co-stars with actress Nayanthara in the movie. Darbar also features Suniel Shetty.

Darbar is slated to hit screens on Pongal on January 15, 2020. Darbar will release in Tamil, Telugu and Hindi.