"Urge you all to cooperate so that we can contain the virus," read the statement 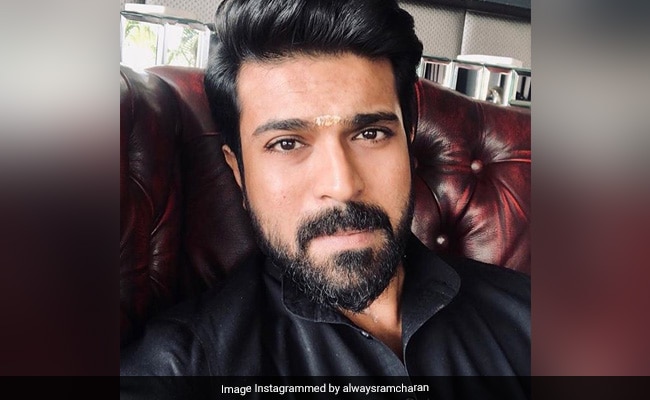 Telegu actor Ram Charan urged his fans to cancel his birthday celebrations for this year. It has been a yearly tradition for Ram Charan's fan clubs to organize the actor's birthday celebrations; but due to the coronavirus outbreak this year, the Yevadu actor released a statement on his official Facebook page where he requested his fans to not celebrate his 35th birthday on March 27. Released in Telegu, the statement roughly translated to, "I appreciate all the love and understand the difficulties the fans are going through to celebrate my birthday. But I request you all to not celebrate my birthday given that we find ourselves in unusual circumstances. We must maintain social distance from each other." He also added, "Urge you all to cooperate so that we can contain the virus."

Take a look at the aforementioned press statement here:

Ram Charan recently shared an Instagram video where he featured with his upcoming movie RRR's co-star NT Rama Rao. In the video, the actors explained the do's and don'ts to be followed during this time of crisis. Sharing the video, Ram Charan wrote, "Corona Virus Preventive Measures. The world is going through one of its hardest times. The only way to get past COVID-19 is not panicking and spreading awareness. Stay Hygienic. Stay Safe!" This is the video we are talking about:

The world is going through one of its hardest times. The only way to get past #COVID19 is not panicking and spreading awareness. Stay Hygienic. Stay Safe!

On the professional front, Ram Charan is best-known for his performances in films such as Rangasthalam, Bruce Lee - The Fighter, Zanjeer and Chirutha among others. He was last seen in Boyapati Srinu's 2019 action-thriller Vinaya Vidheya Rama. Ram Charan will next be seen in SS Rajamouli's period drama RRR. Slated to release in 2021, RRR also stars Alia Bhatt and Ajay Devgn in pivotal roles.