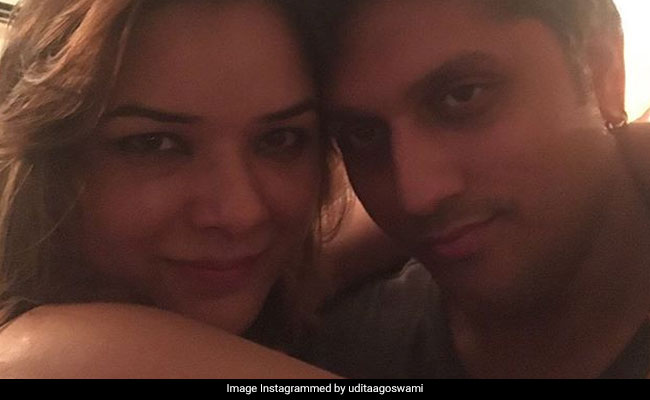 Celebrity couple Udita Goswami and Mohit Suri welcomed their second child - a baby boy - on Wednesday. Filmmaker Milap Zaveri was one of the first ones to congratulate the new parents on Twitter and wrote: "Congrats Mohit Suri and Udita Goswami on becoming parents to a baby boy! Wish him loads of love!" Udita and Mohit got married in January 2013 and the couple welcomed their first child - a baby girl - in 2015. They named her Devi. Filmmaker Mohit Suri is best known for directing films like Zeher, Murder 2, Aashiqui 2, Ek Villain and Half Girlfriend. Udita Goswami made her Bollywood debut in Pooja Bhatt's 2003 film Paap. Mohit Suri directed the actress in his second film Zeher.

Udita Goswami indulged in a stunning maternity photoshoot, glimpses of which were shared by the actress on Instagram. At first the actress posted a cropped photo of herself and captioned it: "I see you." She later shared the full picture showcasing her baby bump. "Part 2 of the cropped picture. What kept me busy and missing in action," the actress captioned her second picture.

Take a look at all the photos here:

Part 2 of the cropped pic. What kept me busy and missing in action. Pic by @shrutitejwaniphotography

In an earlier interview to news agency IANS, Mohit Suri said: "Udita is the reason we are a couple because she works much harder in this relationship than I do. She lets me be the person who I am in every way and understands how I am, which means a lot to me. I can't take away her contribution towards my success."

Udita Goswami was last seen in Diary Of A Butterfly while Mohit Suri's last directorial project was Half Girlfriend.

Promoted
Listen to the latest songs, only on JioSaavn.com
Comments
udita goswamiudita goswami and mohit suri