Comedian Bharti Singh Confirms Her Wedding Is This Year 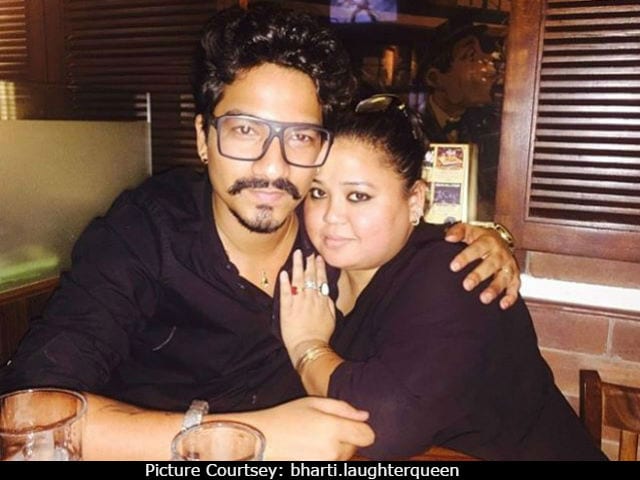 New Delhi: Comedian Bharti Singh has officially confirmed that by the end of this year she will get married to her long-time boyfriend Haarsh Limbhachiyaa, reported news agency PTI. Bharti told in an interaction with PTI that she is excited to get married and is looking forward to all the ceremonies which will happen during the wedding. "I am very excited for the wedding but more for all the ceremonies, like mehandi and sangeet. I want to do it all because all throughout the year we work hard and don't get to do these things," she told news agency PTI. The 32-year-old stand-up comedian also told PTI that the date has not yet been fixed, quipping "By November-December we will get married. We haven't decided a date yet because there are a lot of shows we are working on."

Bharti, who gained popularity after participating in The Great Indian Laughter Challenge Season 4, informed PTI that she will keep herself free for one month before the wedding for her preparations. The comedian also told PTI that "When I want to get married, I wouldn't like to do anything for one month before that. I want to just get busy with pre-wedding preparations. Shootings will keep happening but marriage happens only once."

Promoted
Listen to the latest songs, only on JioSaavn.com
Along with Comedy Nights Bachao, Bharti is currently busy shooting for Bittu Bak Bak along with her Comedy Nights Bachao co-star Krushna Abhishek. The show features spoofs on iconic scenes from Bollywood. On the show, Bharti is seen as a mischievous student Bittu while Krushna features as a teacher. Bharti's boyfriend Haarsh is the writer of Comedy Nights Bachao and has also written for Comedy Classes and Comedy Circus. Bharti and Haarsh were rumoured to have their roka on January 15.