"Closure Is Important": Sushmita Sen On Break-Up With Rohman Shawl 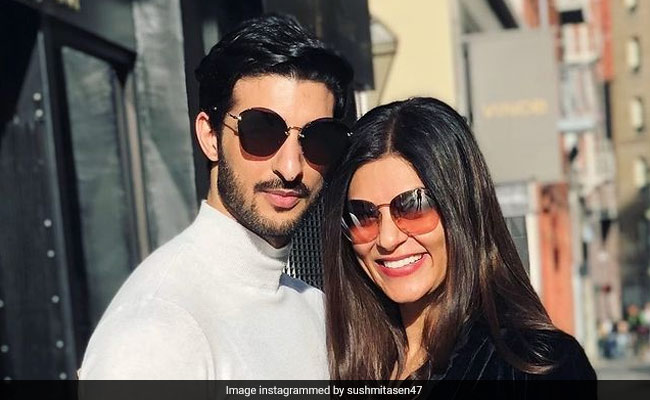 A throwback of Sushmita and Rohman. (courtesy: sushmitasen47)

Sushmita Sen, who, earlier this month, announced that she and Rohman Shawl broke up, had revealed in her post that the relationship ended long ago and that the two "remain friends." During a recent interview with Hindustan Times, the actress spoke about dealing with the break-up and closure. She said, "Closure is important for both people so that they can move on in their lives. And yeah, the friendship always remains. At my age, if I sit and start thinking about the terrible thing, it is really my life that I wasted." She added, "I have grown in every relationship. So, it's a beautiful thing to be able to speak your truth."

The actress added, "I'm 100% person. When I'm in love, I'm 100%. So, when we leave gracefully, we must do that 100%. Whatever the reason be, your life is not about being in a loop. The truth is incredible because it allows people to remain friends and to be good to each other. The world needs that love. There's enough problems in it already".

See the post Sushmita Sen shared after her break-up:

Sushmita Sen made her comeback with the web-series Aarya, which was nominated in the Best Drama Series category in the International Emmys this year. She was last seen in the second season of Aarya, which opened to stellar reviews.

Sushmita Sen is a single mom to daughter Alisah - Sushmita adopted Renee in 2000 while Alisah joined the family in 2010. Renee made her acting debut with a short film this year.

"Go Kick Some A**": Aryan Khan's Shout Out To Sister Suhana Ahead Of Acting Debut