Chrissy Teigen, who is pregnant with her second child, live-tweeted the whole experience, including the airline's reason for the about-face: A passenger ended up on the wrong flight 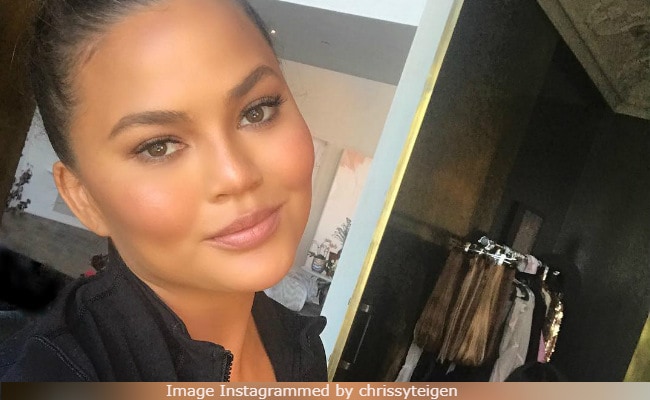 "A flying first for me," tweeted Chrissy Teigen (courtesy chrissyteigen)

In a year filled with major in-flight meltdowns, model Chrissy Teigen chronicled yet another airplane mishap - although she managed to keep her sense of humor about the whole thing.

She and her husband, musician John Legend, planned to go to Tokyo for New Year's, and they were headed that way from Los Angeles on an All Nippon Airways flight Tuesday when, four hours into the ride, the plane abruptly changed course and returned to LAX.

Teigen, who is pregnant with her second child, live-tweeted the whole experience, including the airline's reason for the about-face: A passenger ended up on the wrong flight.

Teigen tweeted: "a flying first for me: 4 hours into an 11 hour flight and we are turning around because we have a passenger who isn't supposed to be on this plane. Why. . .why do we all gotta go back, I do not know"

She was remarkably good-natured about the whole experience and even expressed sympathy for the (apparently accidental) stowaway, who "must be mortified," she wrote.

"Lmao after all this I will have spent 8 hours on a flight to nowhere. Like we were all just havin a great time up here flyin in the sky watching gran torino time to go home now"

According to a statement from All Nippon, "during the flight, the cabin crew became aware that one of the passengers boarded the incorrect flight and notified the pilot. As part of the airline's security procedure, the pilot in command decided to return to the originating airport, where the passenger was disembarked."

The airline said it was researching how a passenger could have ended up on the wrong flight, which was also a question that Teigen posed to her 9 million Twitter followers:

"They keep saying the person had a United ticket. We are on ANA. So basically the boarding pass scanner is just a beedoop machine that makes beedoop noises that register to nowhere"

Once the flight returned to LAX, passengers had to deplane and some were questioned by police, according to Teigen.

After spending some time in a lounge, where she ate ramen and caught up on Real Housewives, Teigen and the rest of the passengers once again took off just before 2 a.m. - more than 14 hours after they first left LAX.