How Hollywood Made the Destruction of the Taj Mahal 'Cool' 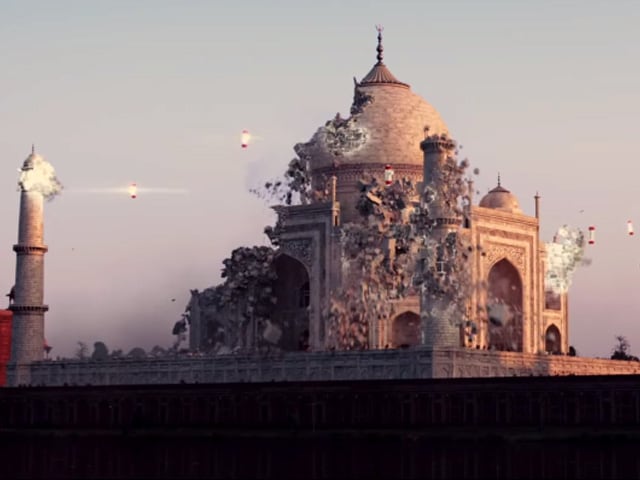 A still from Pixels.

New Delhi: When it comes to Hollywood disaster movies, the Empire State Building or Statue of Liberty always feature as popular options but in Pixels, Taj Mahal is the first iconic structure to get destroyed.

The comedy revolves around a bunch of former arcade game champions who get a chance to save the world when aliens misinterpret video games footage that NASA sent them and attack the Earth using these games as their models.

Director Chris Columbus said that he had a certain image while designing the special effects of the comedy film and that included the Taj Mahal.

"When these 'pixelised' characters come to life, there is a certain edge to them. They are lit from within and they are hauntingly beautiful in a weird sort of way. It is not normal destruction; it is insanely 'pixelised'. The Taj Mahal seemed like the perfect place to first see that," the Harry Potter and the Sorcerer's Stone director told PTI at an event in Mexico.

"It is the first real iconic thing to get destroyed in the film. There is a destruction scene prior to that but with the Taj Mahal, you see that it is actually a game breakout. I had this visual image while designing these effects. It had nothing to do with whether it was India or anywhere else. I just thought it will look really cool and awesome," he said.