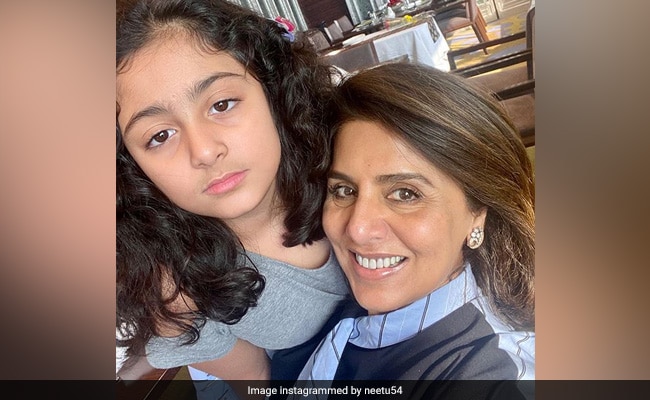 On this Children's Day, Neetu Kapoor shared a really adorable video of her 8-year-old granddaughter Samara Sahni and we bet it will melt your heart. The actress, on Thursday, posted a video of Samara on her Instagram profile, in which the little one can be seen speaking about the importance of a pen. "Why pen is so important? No pen, no paper. No paper, no work. No work, no money. No money, no food. No food, no life," Samara Sahni can be heard saying in the video and we totally agree with her. It wouldn't be wrong to say that along with her wisdom, her adorable expressions make this video more special.

Sharing the video, Neetu Kapoor wished her little fans and wrote: "Why pen is so important? Happy Children's Day to all the lovely beautiful cuties." Take a look:

A screenshot of Riddhima and Ekta's comments on Neetu Kapoor's post.

Ekta Kapoor also shared a video of "junior Ravie" (her son) playing with "senior Ravie" (her actor father Jeetendra) on social media. It is Ravie's first Children's Day. However, we cannot see Ravie's face in the video, which also features Ekta Kapoor sitting next to her father. Just like us, actress Neena Gupta is also eager to see the face of the cute little boy and that's why she went on to comment on Ekta's post: "Dikha do na shakal." To this, Ekta Kapoor hilariously replied: "Mam, meri maa mujhe ghar se nikal degi." 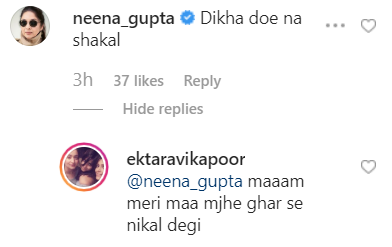 A screenshot of Neena Gupta and Ekta Kapoor's chat on Instagram. 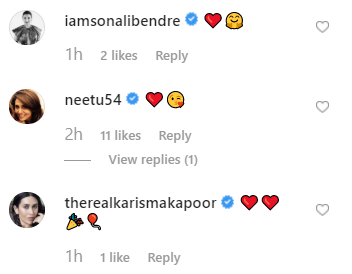 In a separate post, Ekta Kapoor shared a video of Jeetendra enjoying a ride at an amusement park with Tusshar Kapoor's son Laksshya. "My other kid with a grown up kid," she hilariously captioned it.

Happy Children's Day to you all!