Chaalbaaz In London: The film will be directed by Pankaj Parashar, who also helmed the 1989 film Chaalbaaz, co-starring late actress Sridevi and Rajinikanth 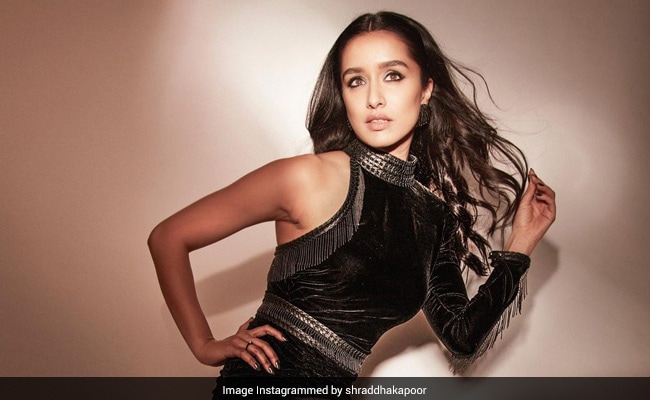 Shraddha Kapoor, on Saturday, announced her new project titled Chaalbaaz In London and that's not it, she will play a double role in the film. Chaalbaaz In London will be directed by Pankaj Parashar, who also helmed the 1989 film Chaalbaaz, co-starring late actress Sridevi and Rajinikanth. The project, which will be co-produced by Bhushan Kumar's T- Series and Ahmed Khan's Paper Doll Entertainment, will mark Shraddha Kapoor's first film to feature her in a double role. Making the title announcement, Shraddha Kapoor wrote: "CHAALBAAZ in London! Directed by the one and only Pankaj Parashar and produced by Bhushan Kumar, Krishan Kumar, Ahmed Khan and Shaira Khan."

CHAALBAAZ in London!!!
Directed by the one & only Pankaj Parashar and produced by Bhushan Kumar, Krishan Kumar, Ahmed Khan and Shaira Khan #CHAALBAAZinLondon@pankujparashar#BhushanKumar#KrishanKumar@khan_ahmedasas@shairaahmedkhan@TSeries@PaperdollEntpic.twitter.com/4dT8DyQmOD

The 1989 film also starred Sridevi in a double role alongside Rajinikanth and Bobby Deol. Shraddha Kapoor, talking about playing a double role for the first time, said in a statement: "I feel blessed and fortunate that the makers thought of me for Chaalbaaz In London. This will be my first ever double role and it will definitely be challenging for any actor. Although there's a huge responsibility on me, I'm happy that Bhushan sir and Ahmed sir feel that I will be able to pull it off. Also, it's a great opportunity and a learning experience for me to work with Pankaj Sir who has entertained us for so many years. Looking forward to this journey."

This will be Shraddha Kapoor's second film with Ahmed Khan after Baaghi 3. The filmmaker, in a statement, opened up about casting Shraddha in the film: "Chaalbaaz In London is more like a dream project for me. Shraddha is a fabulous actor and she will play both the characters with equal ease and her comic timing is impeccable. I know how funny Shraddha can be, so she was our obvious choice and when we reached out to her, she obviously jumped at it."

Other than Chaalbaaz In London, Shraddha Kapoor has also been roped in to portray the "icchadhari nagin", a folklore character seen in movies such as Sridevi's 1986 film Nagina and its sequel Nigahen: Nagina Part 2, in a Naagin trilogy.

Meet Malaika Arora's "Forever Companion" And No, It's Not Arjun Kapoor. See Pic Inside