Celina Jaitly is expecting twins with husband Peter Haag. They are parents to five-year-old twin sons 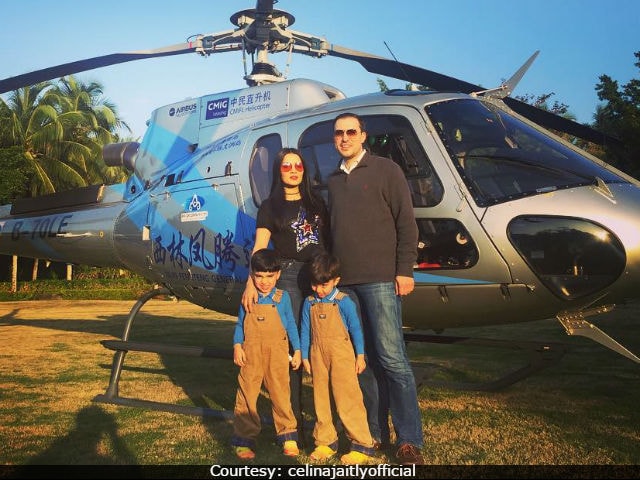 New Delhi: Actress Celina Jaitly is expecting twins with husband Peter Haag, reports news agency PTI. Celina and Peter are already parents to five-year-old twin sons - Winston and Viraaj. The 35-year-old actress said that initially, she and her husband were 'shocked' to know that they were expecting twins again. "Doctor was doing an ultrasound and Peter asked the doctor if its twins this time too. The doctor said yes and we both were initially shocked," Celina told PTI. Celina Jaitly, former Miss India, married hotelier Peter Haag in 2011. She currently stays in Dubai. "I have always believed there are no rules to be a parent. My husband is 100 percent involved in the pregnancy and we both take our responsibilities seriously as parents." Celina told PTI adding that motherhood has helped her discover a lot about herself.

"We were exhilarated because the first thing that came to our mind was that we are the chosen ones. We are God fearing and we feel God chooses special people to be parents of multiple children," she said.

Promoted
Listen to the latest songs, only on JioSaavn.com
Celine Jaitly was last seen in the 2011 film Thank You. She debuted in Bollywood in 2003 with Janasheen, opposite Fardeen Khan. She has starred in films like Silsiilay, No Entry and Golmaal Returns.