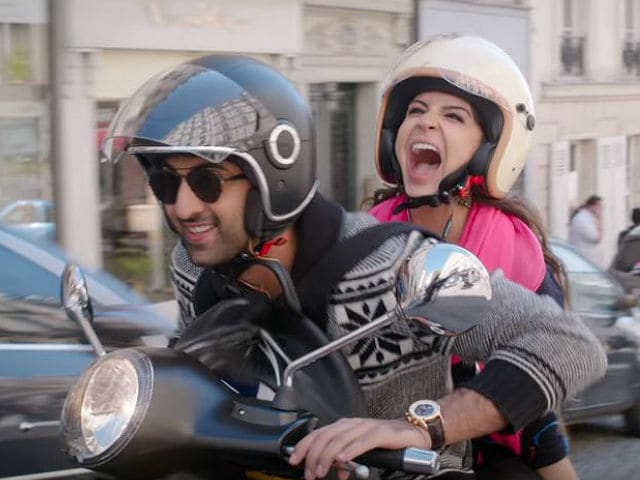 New Delhi: Boy, is Bollywood excited. The cause is Karan Johar, who is directing a film after four years and the teaser of which has just been released. Ae Dil Hai Mushkil stars Aishwarya Rai Bachchan, Anushka Sharma, Ranbir Kapoor and Fawad Khan dealing with love and heartbreak, set to Arijit Singh's rendition of the title track.

Everyone loves the teaser and, unsurprisingly, are rushing to Twitter to say so.

But it was this tweet from director Ram Gopal Varma that Karan Johar singled out for a special mention.

@karanjohar I love the long hold on Ranbir's close up ..it indicates with what passion u made this film..Suuuuperrb https://t.co/1B8OcgzUFy

There has been no love lost between RGV and Karan Johar in the past. RGV, director of Satya and the Sarkar series, has been vocal about his dislike for Karan Johar's brand of cinema, particularly 2010 film My Name Is Khan and 2012's Student Of The Year. He also slammed last year's Bombay Velvet, made by former RGV protege Anurag Kashyap and starring Karan as the main antagonist.

Meanwhile, Twitter is brimming with praise for Ae Dil Hai Mushkil, reportedly an adaptation of Doosra Admi by Yash Chopra.

No one can capture matters of the heart better than you @karanjohar! Looks like a winner #ADHMTeaser

What a Teaser! What a song! What gorgeousness! #ADHMTeaserhttps://t.co/OpP1dRfAGz@karanjohar#Ranbir@anushkasharma#Aishwarya#Fawad

After ages I am intrigued by a trailer. Wanna know what happens. Beautiful. @ashesinwindhttps://t.co/UxyHuIEzl8

Excited to see you back in action @karanjohar love this teaser #AeDilHaiMushkilhttps://t.co/xJgEFpVp7o

Da man who gave my generation taught us to celebrate cinema returns with music n visuals to stir ur soul @karanjoharhttps://t.co/zs6KkSnvDn

#AeDilHaiMushkil teaser.. Looks like one straight from the heart.. Nice one @karanjoharhttps://t.co/XRspY9At4Q

Promoted
Listen to the latest songs, only on JioSaavn.com
Ae Dil Hai Muskil teaser says it all in just 93 seconds with one song and one dialogue. Here's something we've all been waiting for:


Lisa Haydon has a cameo while Shah Rukh Khan also makes a special appearance in the film. Ae Dil Hai Mushkil will release on Diwali.