Cannes 2022: Many of Nawazuddin Siddiqui's films have been screened at the fest in the past 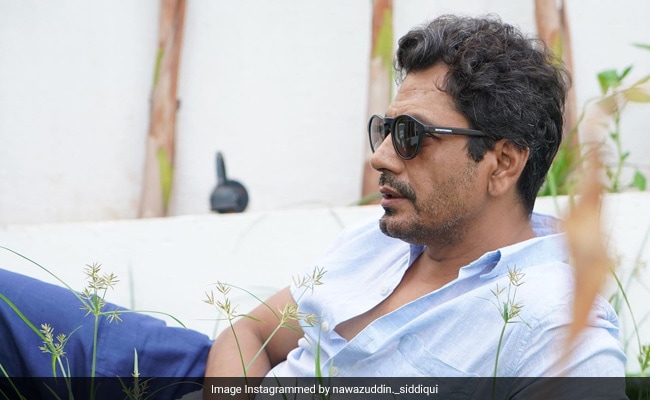 Nawazuddin Siddiqui, all set to walk the Cannes red carpet for the 9th time, shared a post on his Instagram profile on Tuesday. The actor, who is one of the attendees at the prestigious film fest, shared a few shots of himself and wrote: "Pehle Cannes se suno, fir aankh se dekho. Yahi hai aaj ka lekha- jokha (First, hear it from the ears, then see it through the eyes, this is today's statement of account)." Nawazuddin Siddiqui has attended the Cannes Film Festival multiple times. A couple of his films, including Manto, Monsoon Shootout, Gangs Of Wasseypur 2 and Miss Lovely have been screened at Cannes.

This is what Nawazuddin Siddiqui posted:

Over the years, the actor has managed to document moments from his Cannes appearances on social media. Take a look at some of the posts here:

In May 2016, the actor shared this shot and he wrote: "The first step is always the hardest. My eighth film at Cannes, Psycho Raman. #NawazAtCannes #Cannes2016."

A star of critically-acclaimed films like the Gangs Of Wasseypur series and the Sacred Games web-series, Nawazuddin Siddiqui was seen in 2020 release Serious Men. He is currently working on two projects - No Man's Land and Jogira Sara Ra Ra. Last year, Nawazuddin Siddiqui was nominated in the Best Actor category at the International Emmy Awards for his role in Serious Men, a satirical drama film based on Manu Joseph's book of the same name.

On the professional front, the actor was last seen in Heropanti. His next film is Bole Chudiyan. He will also feature in Tiku Weds Sheru with Kangana Ranaut and Avneet Kaur. He will also star in Noorani Chehra and Adbhut. He has starred in films like Badlapur, Kick, Raman Raghav 2.0, Bajrangi Bhaijaan, Raees, Manjhi: The Mountain Man, Motichoor Chaknachoor and Raat Akeli Ha, among others.