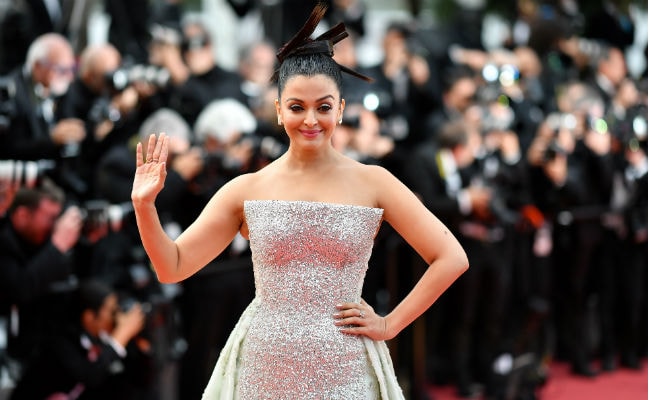 New Delhi: No one rules the Cannes red carpet like Aishwarya Rai Bachchan. The 44-year-old actress opted for Rami Kadi couture for her second red carpet appearance at the ongoing Cannes Film Festival. Aishwarya is not the one who shies from experimenting on the red carpet (remember her purple lip colour at Cannes a few years ago?) and today was not any different. Though she played safe with the couture style, Aishwarya raised the bar with the avant-garde hairdo. Earlier, Aishwarya sported sleek straight hair and sometimes messy curly hairdo on the red carpet. For her first red carpet appearance, Aishwarya opted for a Michael Cinco butterfly gown. 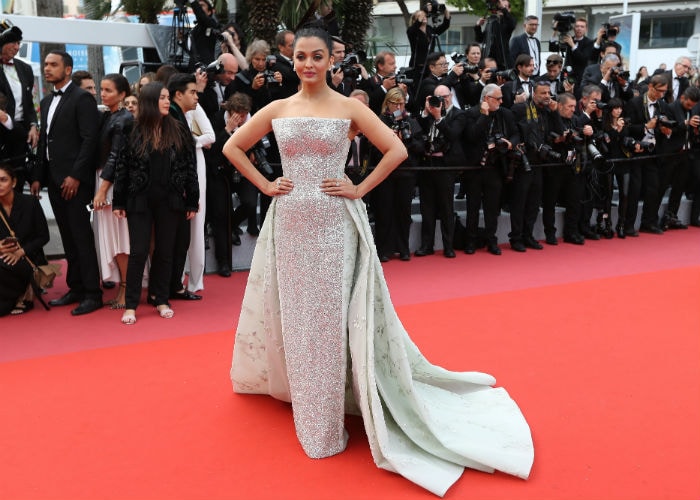 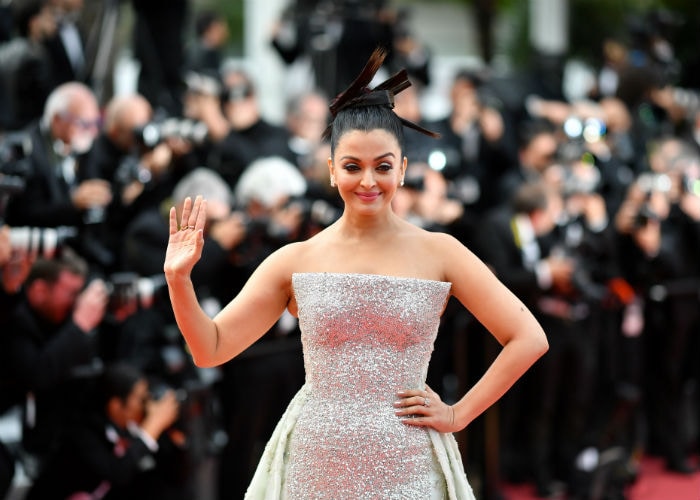 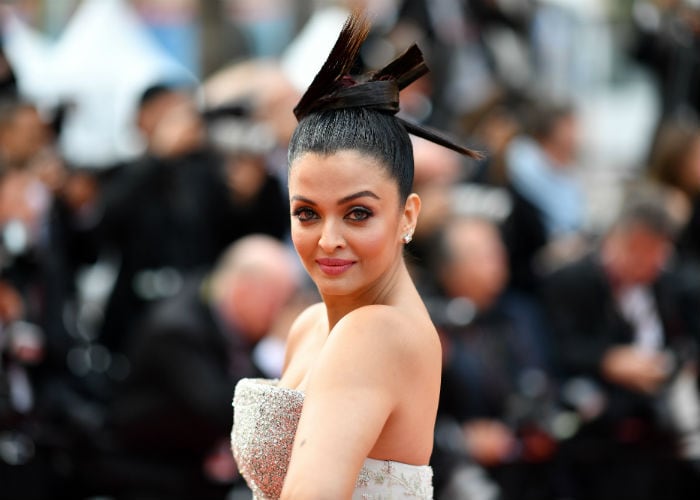 LOVE YOU UNCONDITIONALLYHappiest Mama in the World

A post shared by AishwaryaRaiBachchan (@aishwaryaraibachchan_arb) on May 13, 2018 at 9:57am PDT

On Saturday, marking the first day of her 17th year at Cannes, Aishwarya walked the red carpet in this fantastic gown, which had the shades of violet, red and blue threadworks and embellished in Swarovski crystals and French pailettes. "The 10-foot long train took 3,000 of man-hours to finish and intricately hand crafted to make it this exquisitely flighty and timeless," read a post on Michael Cinco's official Instagram page. 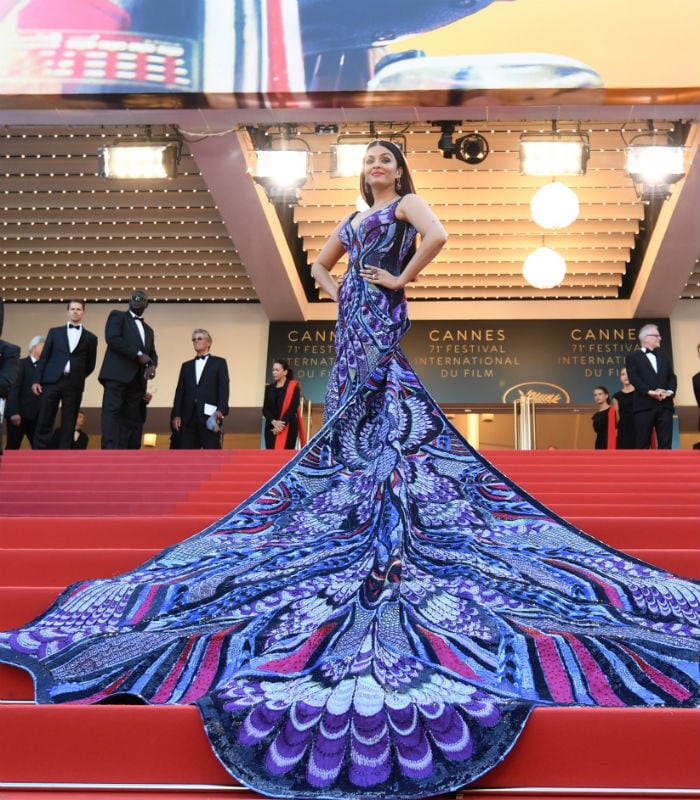 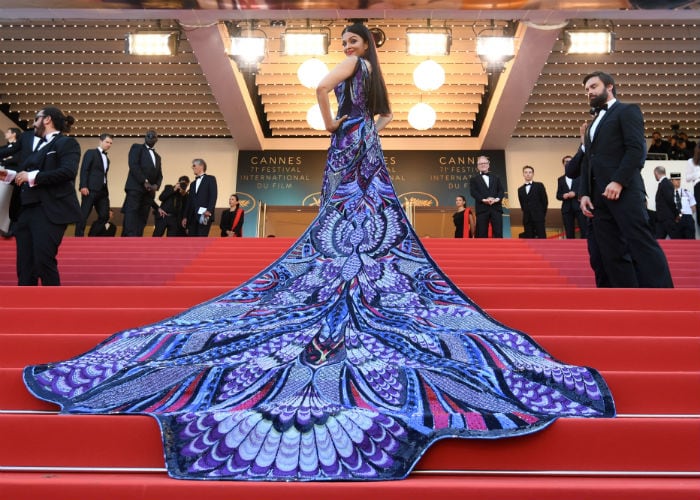 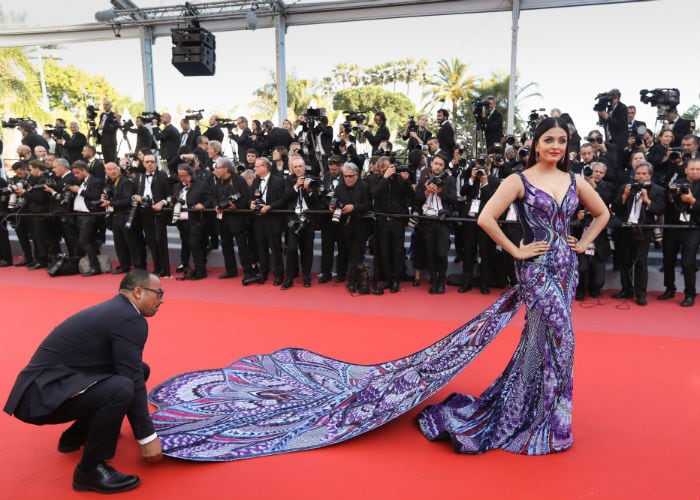 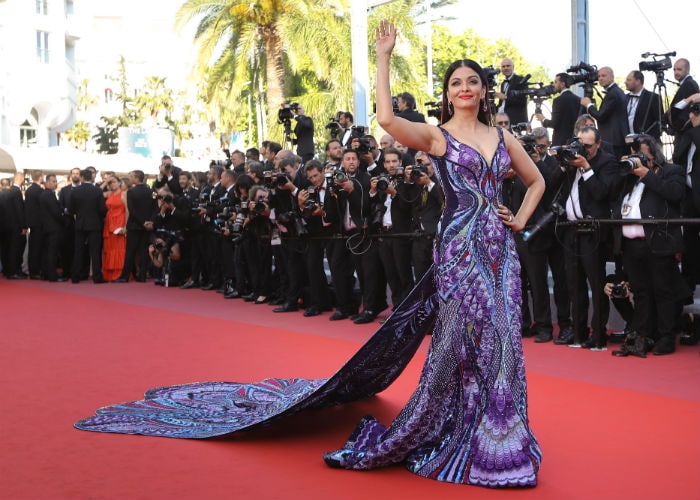 Aishwarya greets the crowd with a wave (courtesy AFP)

Red carpet is definitely Aishwarya's forte but her BTS appearances for media interaction as L'Oreal ambassador are also drool-worthy. Twice she made a case for sequin dressed in Manish Arora outfits and one helluva look in a Giorgio Armani suit.

Promoted
Listen to the latest songs, only on JioSaavn.com
Here's a pictorial summary of Aishwarya's two days at the 71st Cannes Film Festival:

Aishwarya Rai Bachchan is now done with the Cannes red carpet for the time being. Actress Sonam Kapoor will arrive soon to take over. The newly married actress is scheduled to walk the red carpet on May 14 and May 15.
Comments
cannes 2018aishwarya rai bachchanaishwarya at cannes