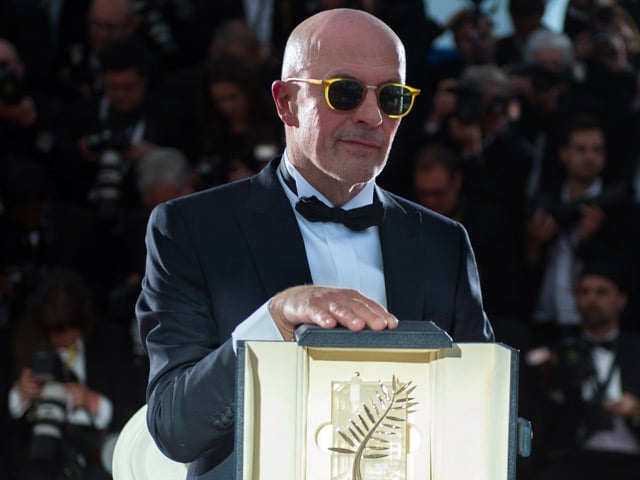 Cannes, France: French movie Dheepan, directed by Jacques Audiard, won the Palme d'Or for the Best Film at the 68th Festival de Cannes on May 25, while the Best Director Award was given to Hou Hsiao-Hsien, reports Xinhua.

Dheepan is about the story of a former soldier, a young woman and a little girl pose as a family in order to escape the civil war in Sri Lanka. They end up settling in a housing project outside Paris. They barely know one another, but try to build a life together.

This is the fourth time that Mr Audiard's movies enter the main competition of the Festival de Cannes. He won the Best Screenplay Award for A Self-Made Hero in 1996, and Grand Prize of the Jury for A Prophet in 2009.

Another important award, the Best Director Award was given to Hou Hsiao-Hsien of China's Taiwan, for the movie Nie Yinniang.

When asked about why he wanted to make this film during a press conference after the screening of Nie Yinniang, he said: "The story took place in Tang Dynasty which was a very glamorous dynasty in Chinese history. Women had an even higher place than men at that time. So I thought it would be very interesting."

During an exclusive interview with Xinhua recently at the festival, the famous director revealed how he directed the movie Nie Yinniang.

"I didn't direct at all! I just gave them the script and they will have to read it. Then we didn't have rehearsals and they all played according to what they read," he explained.

Promoted
Listen to the latest songs, only on JioSaavn.com
This is the seventh time that Hou Hsiao-Hsien's movie is competing for the Palme d'Or. He won the Jury Prize in 1993 and the Technical Grand Prize in 2001, respectively for his movies The Puppetmaster and Millenium Mambo.

A total of 19 films were selected this year to compete for the top prize Palme d'Or.