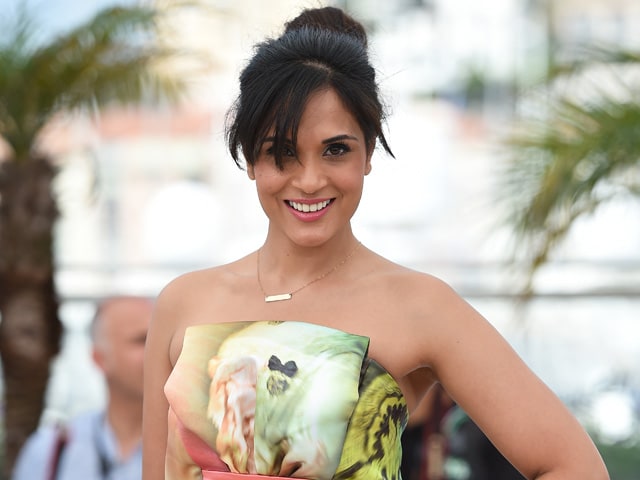 Richa Chadha during a photocall for Masaan at Cannes. (Image courtesy: AFP)

A small film with a big heart upstaged Bollywood at the Cannes Film Festival on Tuesday evening. As actress Aishwarya Rai Bachchan released a scene from her comeback film Jazbaa at a seaside event in the south of France, first-time director Neeraj Ghaywan's Masaan had its audience on its feet for a five minute standing ovation.

Got teary at the 5 minute long standing ovation. Thank you everyone. @ghaywan, first thanks to you. pic.twitter.com/dFhoRNoafn

So did her director:

Broke down at the unstoppable applause. Thanks everyone! Missed you so much @anuragkashyap72, editor @nitin_baid, DP @avinasharun20! #Masaan

And her co-star Shweta Tripathi:

Masaan, which means 'crematorium' in Hindi, is one of two Indian films being screened in the Un Certain Regard section. The other is Punjabi film Chauthi Koot.

Promoted
Listen to the latest songs, only on JioSaavn.com
Ahead of the premiere:

The director and his actors attended a photocall for the film before the screening.
Image courtesy: AFP
Neeraj Ghaywan assisted Anurag Kashyap on his two-part crime drama Gangs of Wasseypur, which also screened at Cannes and was as warmly received. Masaan is produced by Anurag's Phantom Films.