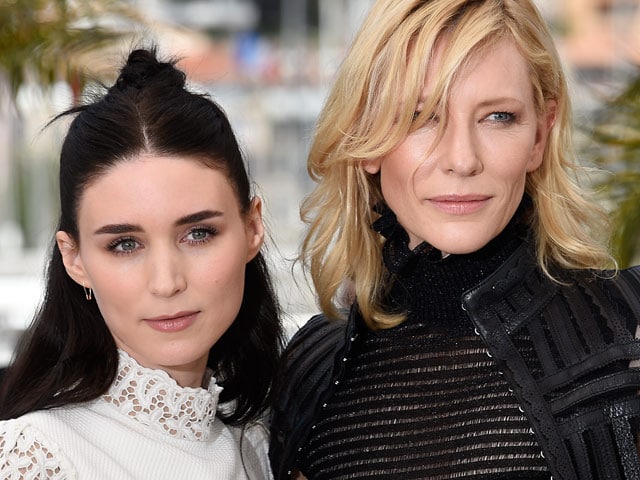 Cannes, France: French film Dheepan won the top Palme d'Or prize for director Jacques Audiard at the 68th Cannes International Film Festival on May 25, crowning a good night for French cinema but a bad one for Italy and actress Cate Blanchett.

The choice of a film that revolves around the lives of Tamil refugees from Sri Lanka's civil war moving to France was seen as sending a political message, but the awards overall left some critics and festivalgoers dumbfounded.(Also Read: Tamil-French Refugee Drama Dheepan Wins Palme d'Or)

"It's extremely disappointing, nobody seems happy," Jay Weissberg, European-based critic for trade publication Variety, told Reuters. "It's an anti-climactic finish to a festival that was middling to begin with."

Ethan Coen, who along with his brother Joel served as co-president of the jury, defended the jury's choices, especially the Palme d'Or winner.

"Everybody had an enthusiasm for it, to some degree or another we all thought it was a very beautiful movie," he told a press conference.

Actor and jury member Jake Gyllenhaal got a laugh when he interjected: "It's a good prize."

Hungarian director Laszlo Nemes's debut film Saul Fia (Son of Saul), which made a huge impact at the festival for its portrayal by non-professional actor Geza Rohrig of a Jewish 'Sonderkommando' orced labourer in the Auschwitz concentration camp, took the Grand Prix second prize.

Greek director Yorgos Lanthimos's surreal English-language film The Lobster about guests at a posh singles hotel who are turned into animals if they don't find a mate took the Jury Prize.

But three Italian entries among 19 films competing for the Palme d'Or went home empty-handed, as did Cate Blanchett whose performance as a wealthy woman who falls in love with a shopgirl in the lesbian romance Carol won high critical praise.

Instead, Rooney Mara, who plays the shopgirl in director Todd Haynes' film shared the best actress award with France's Emmanuelle Bercot, who stared in director Maiwenn's Mon Roi (My King).

Among the Italian films, Nanni Moretti's Mia Madre (My Mother), about a woman director whose life spins out of control while her mother is dying, had been tipped as a possible winner.

France's Vincent Lindon, who took the best actor prize for his portrayal in Stéphane Brizé's film La Loi du Marché (The Measure of a Man) of a floorwalker in a supermarket that has a secret plan to get rid of employees to boost the bottom line, was unapologetic about France's strong showing.

"It's not because it's in Cannes that we can't receive prizes as other people and this year maybe they wanted to celebrate French cinema," Lindon said.

The Palme d'Or winner tells the story of Tamil refugees trying to make a new life on a violent and drug-infested French housing estate.

"I'm very moved. Winning a prize from the Coen brothers is something that is exceptional," Mr Audiard, who has won two smaller Cannes awards in the past, told the closing ceremony. "I'm thinking of my father."

Scott Roxborough, a critic for the trade publication The Hollywood Reporter, said Mr Audiard had been in the running for a Cannes award for a long time.

"I don't think it's his best film but it's a hot topic. It honours the director and sends a political message at the same time," he said.