Can You Decode Navya Naveli's Caption For Pic From New York Cafe? Shanaya Kapoor Did

Shanaya Kapoor, who recently announced her foray into films, was one of the first ones to drop a comment on the photo. "Beauty," she wrote along with the red heart emoji. 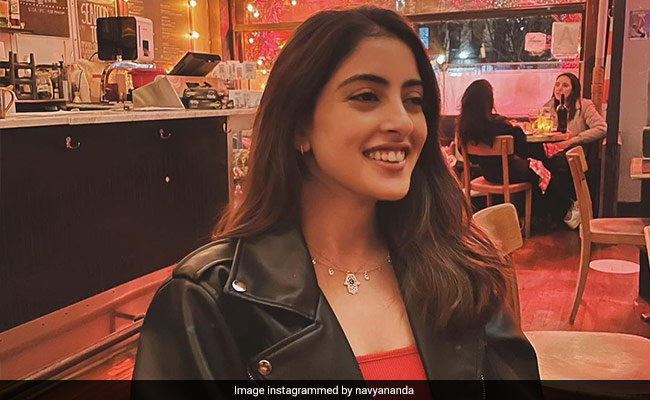 Navya Naveli Nanda, who studies in New York, often shares snippets of her life in the Big Apple on Instagram. On Tuesday, Navya sent a postcard from New York along with a photo of herself captioned with a few exclamations. Navya's photo appears to be a favourite click from when she hung out at a New York cafe recently - dressed in leather and denims, Navya can be seen smiling ear-to-ear in the photo. Navya is one for attention to detail - she accessorised with an evil eye necklace, nailing the NYC street style look. Navya's bestie Shanaya Kapoor, who recently announced her foray into films, was one of the first ones to drop a comment on the photo. "Beauty," she wrote along with the red heart emoji. 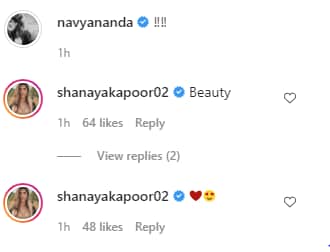 Here are some more glimpses of Navya's life in New York:

Navya, who is Amitabh Bachchan's granddaughter, graduated after from New York's Fordham University last year. She passed out from New York's Fordham University last year ahead of which she went to Sevenoaks School, London with Shah Rukh Khan's son Aaryan. After her graduation last year, Navya started an online healthcare portal called Aara Health. Navya has also launched her new venture -Project Naveli - which aims to empower women by addressing the issue of gender inequality in India. She even modelled for her mother Shweta Bachchan Nanda's designer label in collaboration with designer Monisha Jaising in the year 2018.