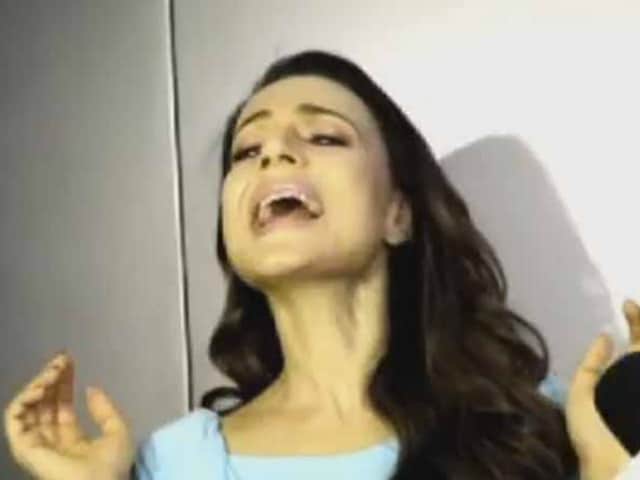 Mumbai: Bollywood actress Ameesha Patel yelled at journalists present for interaction on the sets of her upcoming film Bhaiyyaji Superhitt in Mumbai.

It started with Ameesha Patel shouting 'silence' as journalists took time to settle down for the press meet.

Ameesha Patel also had a problem with a media person referring to her as Ameesha and told the scribe to call her 'Ameeshaji' instead.

When asked why she wasn't seen on the big screen for nearly three years (her last film was the dud Shortcut Romeo in 2013), Ameesha Patel angrily retorted saying that if he had brains, he would know that she was busy setting up her production house.

According to reports, the reason for Ameesha Patel's foul mood was because the Bhaiyyaji Superhitt team failed to inform her about the scheduled press interaction. Not just Ameesha Patel, her co-star Preity Zinta apparently stormed off the sets because of not being informed about the press meet.

Bhaiyyaji Superhitt reunites Ameesha Patel with her Gadar co-star Sunny Deol and is touted as Preity Zinta's comeback in Bollywood.

Bhaiyyaji Superhitt is being directed by Neerraj Pathak and also stars Arshad Warsi, Shreyas Talpade, among others.