"But You're In Your Pyjamas All The Time": Anand Ahuja Won't Let Sonam Kapoor Have Her Moment On Instagram

Sonam captioned: "Pjs in bed? Not me," while Anand wrote this for his fashionista wife: "SMH. But you're in PJs (and kaftans) ALL the time!" 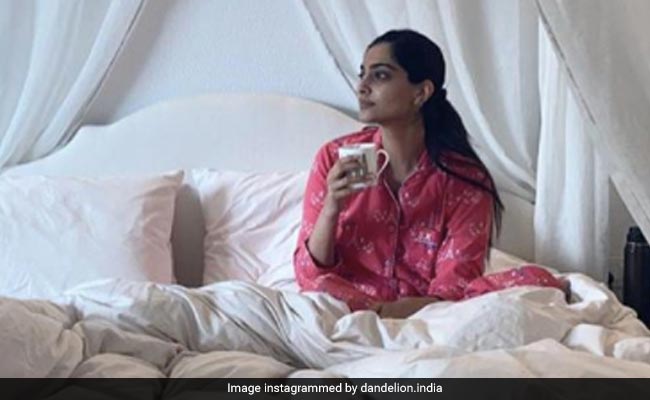 Actress Sonam Kapoor, who is in Delhi during the lockdown, is really, really missing photoshoot sessions! The 34-year-old actress filled up her Instagram with throwback glimpses of her photoshoot diaries to describe her quarantine mood. While Sonam came up with interesting captions for each one of those throwback memories, Anand Ahuja followed up on the posts with interesting reaction. He also appeared to troll Sonam in a few of them. Anand revealed the one outfit that Sonam wears at home "all the time!" We'll tell you what he did. One of the photos, Sonam captioned: "Pjs in bed? Not me," while Anand wrote this for his fashionista wife: "SMH. But you're in PJs (and kaftans) ALL the time!" LOL. We're guessing that's behind-the-scenes Sonam Kapoor at home. 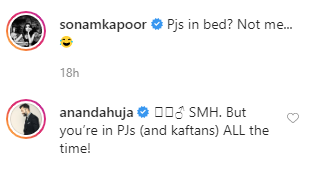 Sonam Kapoor and Anand Ahuja returned from London in March. Their point of entry was Delhi and they self-isolated themselves at Anand's residence in the national capital. Soon after, the lockdown was imposed on March 25 and Sonam began sharing updates on her Instagram.

She frequently shared throwback pictures whenever she missed her sister Rhea, brother Harshvardhan and parents Anil and Sunita Kapoor, who are in Mumbai.

Sonam Kapoor and Anand Ahuja had a big fat wedding in May 2018. On the work front, Sonam was last seen in last year's The Zoya Factor.