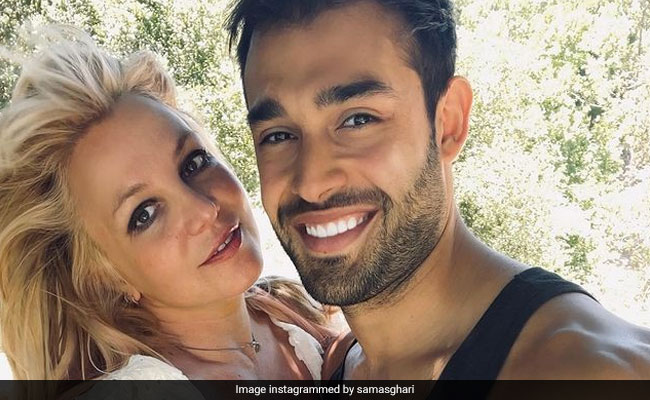 Guess what? Britney Spears is engaged to long-time boyfriend, actor and fitness enthusiast Sam Asghari! The 39-year-old singer made the engagement announcement with an adorable video on Instagram, in which she literally shows off the ring before being asked by Sam Asghari: "Do you like it?" An ecstatic Britney Spears says: "Yes!" Meanwhile on his Instagram, Sam Asghari shared a close-up shot of Britney Spears' engagement ring. Britney Spears and Sam Asghari fell in love after meeting on the sets of the singer's Slumber Party music video in 2016. Paris Hilton, who has always been on of Britney Spears' loudest cheerleaders on social media, congratulated the couple in the comments section: "Congratulations, love! So happy for you! Welcome to the club!" she wrote.

Earlier, Britney Spears revealed the terms of her father Jamie Spears' 13-year conservatorship, which she is currently fighting in a legal battle, prevented her from marrying Sam Asghari and having kids. Britney Spears' engagement announcement comes days after her father Jamie Spears filed a petition in a Los Angeles court to end the 13-year conservatorship.

Meanwhile, speaking People, Sam Asghari's talent manager said on Sunday: "The couple made their long-standing relationship official today and are deeply touched by the support, dedication and love expressed to them."

Britney Spears was previously married to Jason Alexander - they got married in 2004 and parted ways in a few months. The same year, Britney Spears married dancer Kevin Federline and divorced in 2007 - the former couple are parents to two kids.