Brahmastra Update: Shah Rukh Khan May Have A Cameo In Ranbir Kapoor And Alia Bhatt's Film

Shah Rukh Khan's character in the movie plays a pivotal role in taking the journey of Ranbir Kapoor's Shiva forward. 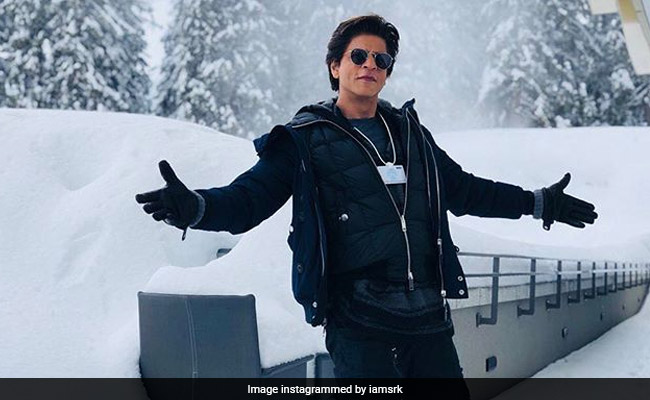 Shah Rukh Khan, who was last seen in Zero, has reportedly been roped in for a cameo in Ranbir Kapoor and Alia Bhatt's work-in-progress film Brahmastra. A Mumbai Mirror report quoted a source as saying that Shah Rukh Khan's character in the movie plays a pivotal role in taking the journey of Ranbir Kapoor's Shiva forward. As per the report, Shah Rukh Khan, who hasn't announced his next project yet, has also allotted his dates to the film and he will start filming by the end of 2019. A source told Mumbai Mirror, "It's a guest appearance but Shah Rukh plays a pivotal role in taking Ranbir's journey forward. He has already allotted his dates for his portions and will shoot before the year-end."

According to the source, director Ayan Mukerji wrote the character keeping Shah Rukh in mind. "Shah Rukh himself likes Ayan's work and he immediately agreed to the cameo. And like everyone else's in the film, even SRK's character has the mythological touch," the source said. Earlier, Shah Rukh Khan had a cameo in Ranbir Kapoor's 2016 film Ae Dil Hai Mushkil while he co-starred with Alia Bhatt in Dear Zindagi.

Brahmastra is a fantasy superhero film, which Karan Johar is backing through his Dharma Productions. The film will be made in three parts, the first of which is expected to release in the summer of 2020. The film's release has been delayed by a year.