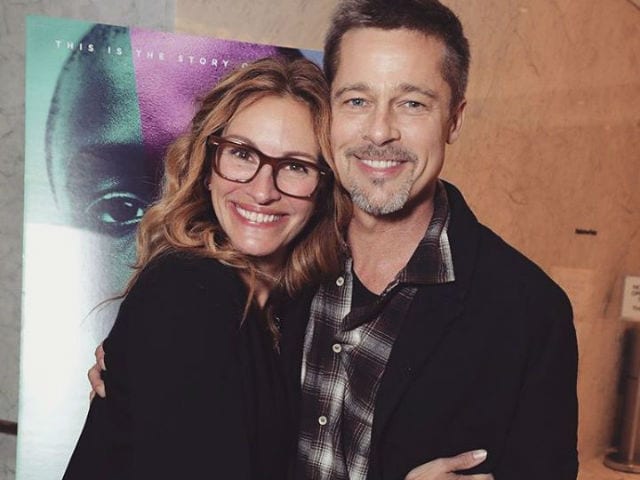 The 52-year-old actor was spotted on Monday night at a private screening of Moonlight with friend Julia Roberts.

The actor, who is one of the producers, appeared to be in high spirits as he posed for a shot with Julia, Moonlight star Trevante Rhodes and writer-director Barry Jenkins.

Brad also took to the podium with Julia to speak about the highly-acclaimed film. This was the first time Brad came out post-split, earlier he had cancelled his appearance at the Voyage of Time premiere in late September, announcing that he was "currently focused on my family situation."

Promoted
Listen to the latest songs, only on JioSaavn.com
Brad's outing comes one day after a representative for Angelina released a new statement saying that the former couple have reached a legal agreement about the custody of their six children: Maddox, 15, Pax, 12, Zahara, 11, Shiloh, 10, and 8-year-old twins Knox and Vivienne.