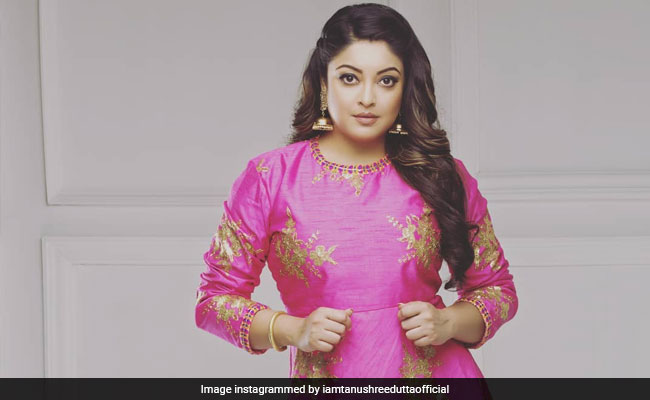 Former actress Tanushree Dutta feels that choreographer Ganesh Acharya should be boycotted by Bollywood and other film industries. Her assertion comes a day after an assistant choreographer filed an FIR against Acharya alleging that he had forced her to watch pornography. "It's time Bollywood and the other Indian film industries boycott choreographer Ganesh Acharya completely. Hiding behind the male superstars who work with this despicable man, he has been abusing his power and position to harass, bully and take advantage of vulnerable newcomers in the industry," Tanushree said.

She has in the past accused Ganesh Acharya of being 'complacent' in her #MeToo allegations against her Horn Ok Pleassss co-star Nana Patekar.

"Even though Ganesh Acharya was party to all the harassment I faced on Horn OK Pleassss set, he went on to spoil my name and reputation thereafter, the leading men and heroes of Bollywood continued to work with him and give him film after film," she added.

Recalling her ordeal, Tanushree wrote: "Nobody had any regard for me and how much I had suffered psychologically and financially because of the turmoil I went through because of these people. I left the industry because I was so scarred and hurt over the atrocious treatment meted out to me on Horn Ok Pleasss set."

"Now, after all the information of fraud, non-payment of dues, sexual harassment of dancers, bullying and intimidation, and even physical abuse of dancers, is coming out about Ganesh Acharya in the media, if the actors, directors and producers still work with him, it would mean that they themselves are engaging in such acts also," stated the former actress, clearly taking a dig at industry members who continue to collaborate with the choreographer.

Tanushree also warned the film industry people saying that if they don't stay away from Ganesh Acharya, their own reputation will also be tarnished because many more youngsters will open up against him in the future.

Ganesh Acharya is a leading choreographer in Bollywood and has choreographed for movies like Simmba, Zero,Sanju, Baaghi 2 and "Padmaavat" among others in recent times.