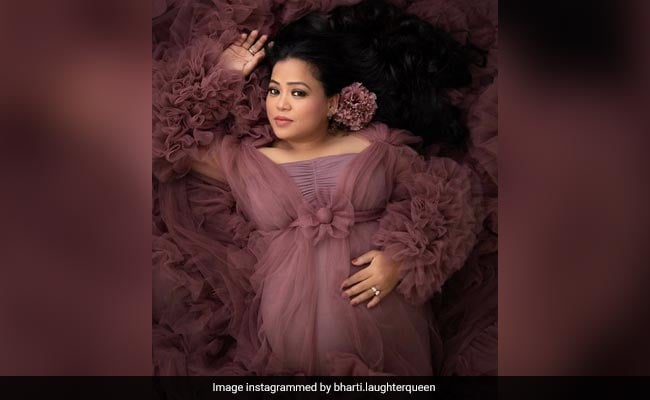 Check out the photos:

In an interview with Pinkvilla, Bharti Singh shared that for two and a half months, she did not realise that she was pregnant. "When I got pregnant, for two and a half months, I did not even realise it. Mote logon ka pata nahi chalta. I am eating, shooting, running around, dancing on Dance Deewane. Then I thought let's just check it once. When I did, I put the test down and came outside. When I went back to it and saw the two lines, I told Harsh about it. So that was a surprise for us. We did not plan that this is the right time to have a baby," said Bharti.

On the work front, Bharti Singh is currently hosting Hunarbaaz and has launched the third season of her and Haarsh's show, Khatra Khatra Khatra.

When In Sri Lanka, Mouni Roy Chills Like This. See Pics From Her Vacation