Bobby Deol, Soon-To-Be 50, Reveals His Birthday Plans With Family And What Salman Khan Means To Him

Bobby Deol plans to celebrate his 50th birthday with his family and said if Salman Khan is free, he will definitely come 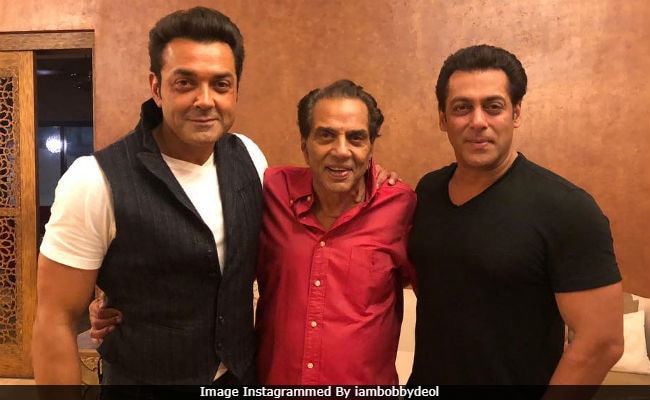 Actor Bobby Deol plans to celebrate his 50th birthday with his family and told Mumbai Mirror that he still "feels like a five-year-old." Bobby Deol will turn 50 on January 27. "My mother will organise a havan, that's customary on all our birthdays. My sisters Ajeeta and Vijayta are flying down from Delhi and the US, respectively. That apart, the entire family will be home," Bobby Deol told Mumbai Mirror. Actors Bobby and Sunny Deol and Ajeeta and Vijayta are children of Dharmendra and first wife Prakash Kaur. "It's great to spend time with all those who have made a difference in my life. The Deols are anyway very family-oriented and love bringing in all occasions together," he added.

Asked if Salman Khan will attend his birthday party, Bobby Deol told Mumbai Mirror, "If he's free, he will definitely drop in." Salman and Bobby Deol recently co-starred in Race 3. He had earlier credited Salman for giving him work when he had none. Of the relationship he shares with the 53-year-old superstar, Bobby Deol said, "Salman is like an older brother, the most amazing human I have met in the industry who cares for everyone around him. He doesn't need to do anything for anyone but still goes out of his way to help others, just like my brother (Sunny Deol) and father (Dharmendra)."

Bobby Deol also added that he wants to be like his father Dharmendra, who still works at the age of 84. He told Mumbai Mirror, "I want to do everything that I can for my family and since I have just started my career again, I want to sign some good films. I want to be like my father who is working in films event at the age of 84."

Bobby Deol's next film is Housefull 4, which stars actors like Akshay Kumar, Rana Daggubati, Kriti Sanon, Riteish Deshmukh and others.