Bobby Deol On Son Aryaman's Bollywood Career: 'One Day, He'd Want To Be An Actor' 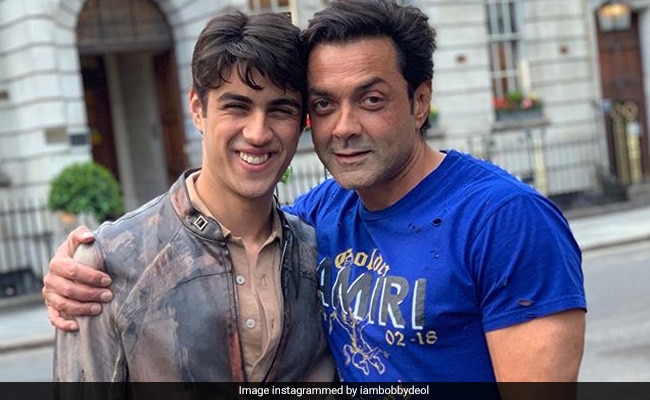 Sunny Deol's son Karan recently made his Bollywood debut in Pal Pal Dil Ke Paas but actor Bobby Deol doesn't seem to be in a hurry to launch his son Aryaman in films, the Race 3 actor told Hindustan Times in an interview. Bobby Deol said that as of now Aryaman, 18, is studying management but he thinks his son would want to become an actor 'one day.' Bobby Deol said that his son has full liberty to choose a career of his choice. "One day, I am sure he would want to be an actor. But whether he will (become an actor) or not, isn't something I am sure about. He's just 18... He can get himself into whatever he wants to," Bobby Deol told HT.

"My son is studying management right now and he is inclined towards education. I am proud my son loves to study and I want him to have a very broad mind to think about the profession he wants to get into," added Bobby Deol, who was recently seen in Housefull 4.

The Deols have given many actors to the film industry starting with the family patriarch Dharmendra, who was one of the most successful Hindi film actors of the Sixties, the Seventies and the Eighties. Apart from Sunny and Bobby Deol, Dharmendra's daughter Esha Deol (with actress wife Hema Malini) is also an actor and so is his nephew Abhay Deol.

Sunny Deol's son Karan is the latest member from the family to join the film industry. However, his debut movie Pal Pal Dil Ke Paas failed to make a mark at the box office. The film was directed by Sunny Deol.