Blog: Why Piku's Bhashkor Could Easily Have Been Punjabi Instead of Bengali 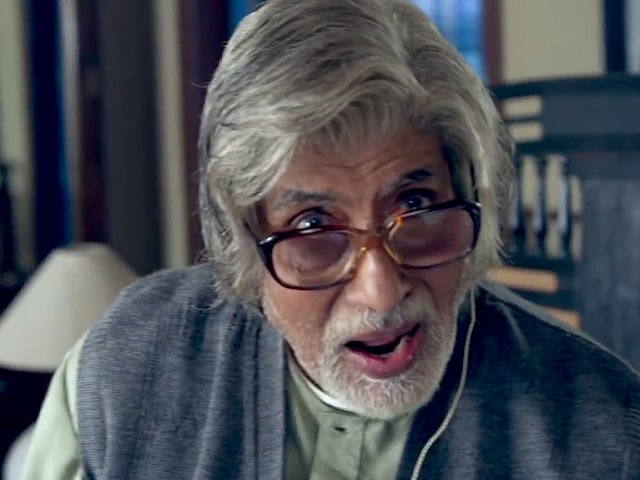 Amitabh Bachchan in a still from Piku.

New Delhi: Piku continues to digest the accolades coming her way and the box office motion remains smooth for, at long last, there seems to be something palatable about toilet humour rather than getting your intestines twisted over it.

Daily fare for some, an alternate day or night date for a few, even a weekly call to the throne (a spot reserved for sloths), a bodily function that affects all but is uncomfortably or rarely discussed - after all, who wants to be reminded of their creatureliness?

But not if you are a Bengali, a community that makes no secret of the fact that digestive indiscretions form their pet peeve or obsession. Well, here's where I would like to hand out the toilet roll - the Punjabi brethren come a close, very close, second, taking their food and the ability to gas rather seriously.

So as I set out to watch Piku, my Bengali friends at work gloated over the fact that their favourite topic of discussion had moved from the dining table to the big screen. Dear Bengalis everywhere, as Rana (played by Irrfan Khan) says nonchalantly to Bhashkor Banerjee, "har cheez pe bangaliyon ka copy right nahi hai." Yes, you may have your aromatic mustard maach, but giving it close competition is our succulent butter chicken. If you have your shondesh and payesh, we have our halwas and pinnis. If rabindra sangeet calms you down, we do hadippa the moment we hear a dhol.

As I watched Bhashskor Banerjee bemoan his dysfunctional innards, I realised this is where the Punjabi-Bengali lines get blurred. Bhashkor Banerjee is no different from my good old Punju fraternity, one I meet at the equally big fat gatherings where breaking bread and wind together could be discussed with the same breath.

My lively grandmother, God bless her dear soul in heaven, loved toilet humour and often chose to regale her brood with stories of how to decipher whose wind was which, much to the amusement of her younger grandchildren and dismay of the older ones. A 'nayi dulhan' broke wind shyly, the adored grandchild would give out 'desi ghee' like vapours, the lady of the house would probably let out what had been cooking but the real wind breaker would be the man of the house. According to my grandmother, wind revealed a lot about a person and their personality, the brave ones were loud, while the meek were accordingly weak but the ones to be wary of were those two-faced emitters of gas who would walk away leaving the person next to them to deal with the looks.

Then my good old aunty, a greeting to whom would be met with either a not-so-cheerful or happy rejoinder depending on how generous or stingy her bowels had proved. You either balked or, concerned, asked her about her well-being and she would be the first to give you a prescription of what you could take if faced with similarly recalcitrant insides. Dependal for tummy cramps, isabgul or triphala for constipation or Dulcoflex if you wanted your colon cleansed - Bengalis, you do not hold a monopoly over the chemist's stomach-related stock.

It wasn't just my gregarious Punjabi relatives. A rather well-known Punjabi Brown Sahib (in certain circles) - the equivalent of the Bengali Bhadrolok - spoke in a clipped British accent but had no qualms letting out a tiny one and then striding away, as you were left wondering what his last meal was.

So, as me and my Bengali colleagues traded notes on the Punjabi-Bangla core issues, I was told there was another clan that could give us a run for the throne - the Goans. Yes, crack an intelligent joke and few get it, but crack a toilet joke and that could help start the party.

We may be divided by our eccentricities but, as Irrfan Khan's Rana puts it, "Death and shit could happen to us all."

Promoted
Listen to the latest songs, only on JioSaavn.com
Pooja Talwaar is Associate Entertainment Editor for NDTV as well as a committed chocoholic and coffeeholic.