For someone who gets her casual dressing on point every single time, maybe Deepika confused Cannes with last week's Met Gala

First, the good news. It's that time of the year when some of the biggest names from Bollywood get yet another chance to show at Cannes that they have learnt from their past mistakes. (It however has nothing to do with their careers but that part is for another day). Now the bad news. They haven't. Robert Browning once wrote, "less is more" and his concern was not an outfit but in any case, he has been disregarded by that Deepika Padukone.

When she emerged in volumes of pink ruffles, rising like "the lizard-eating dinosaur from Jurassic Park" as an unkind Twitterati put it, it took us a few seconds to mentally wade through the sea of frills to first zoom into the face that owned the monstrosity. For someone who gets her casual dressing on point every single time because it is usually without any hint of filmi drama, maybe Deepika confused Cannes with last week's Met Gala where, ironically, she got slammed for looking too boring. This dress though would have done justice at the Gala where the more outlandish you dress, the bigger the eye balls. 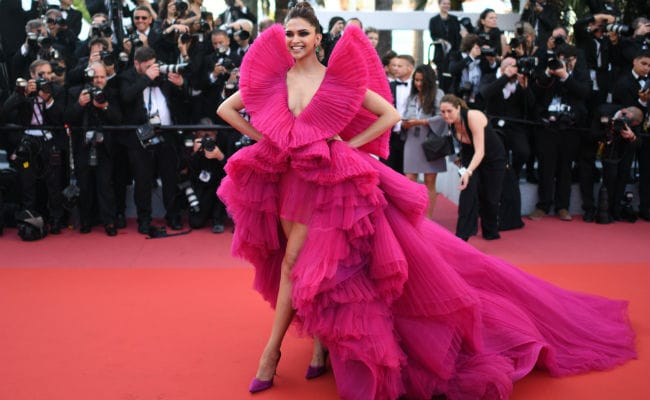 But at Cannes, with its glorious aquamarine backdrop dotted with luxurious yachts, still waters did not run deep. Another mis-step and a rather inelegant one at that was still to come. It may have been a fun moment but sticking your tongue out on the red carpet internationally is probably the biggest fashion faux pas of all. We don't quite hold the same standards back home- if you have ever tried sitting through the Filmfare red carpet, you will know what I mean!

Deepika's tongue-twister even relegated to second spot Kangana's aggressive arm-pointing in a Boney M ensemble as though she was still telling KJo, take that! But in Kangana's defense, she did ace the retro look once, and that too in a plain black sari. Bollywood, gasp! Keeping it simple and it still worked.

Meanwhile it is official, Aishwarya has a mermaid fetish. This time around she tried to mix it up but didn't get too far, stuck instead in a cross between a mermaid and a butterfly. The train of her dress, or was it a fin, was long and to say it bluntly, unnecessary. Some though still found a few positives, hinting that perhaps the sweeping gown was the actress's attempt at Swachch Bharat! How wrong can beautiful women go? Apparently a whole lot. Then there are the customary pictures with her daughter Aaradhya at Cannes who it seemed was also not too taken with her mamma's dress that apparently took 3,000 hours to make and decided to jump around a bit on the Swarovski crystals that were trailing their path. While we have no business to comment on family holidays, the cuteness factor of seeing Aaradhya along with Ash's unappealing attires is over. Instead, it is more like that annoying child at a late-night dinner party who refuses to sleep while everyone is too polite to tell the host to sternly lock up her kid.

A post shared by AishwaryaRaiBachchan (@aishwaryaraibachchan_arb) on May 13, 2018 at 2:15pm PDT

Sonam Kapoor, like Deepika, is usually effortless chic or cool casual, but unlike the latter sometimes tries too hard to look different. The result: brogues with a forgettable printed sari even before she landed at Cannes. Once she did, there was no escaping the trolls who compared her white, long gown to a rumali roti. But whether it was her post-wedding glow or choice of neutral colours, relatively speaking, she was much better dressed than at her own wedding reception where her outfit left many speechless. Folks couldn't decide whether it was a pillowcase or a bedsheet, but were unanimous in declaring that the guests at her reception were better dressed. They had to be, they were competing with that billowing mass of white on one shoulder as though a furry animal had decided to camp there for the night. 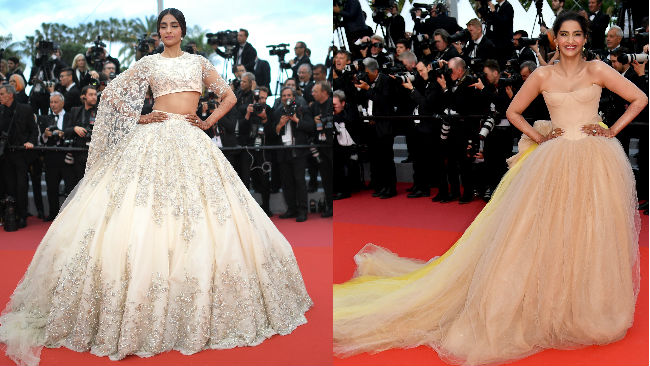 The urge to stand out has often made Bollywood take refuge in the ludicrous. Karan Johar once posed, with his pout intact, in a jacket that had Michael Jackson written all over it. The only thing missing was the black glove. The big buttons fit right in around an animal face that even for MJ with his eccentric taste would have been over the top, irrespective of it being Dolce and Gabbana.

Do peeps in Bollywood think that fans won't recognise them if they don't dress bizarre? Kareena Kapoor with knee-length boots on a sunny day in Goa, Shahid Kapoor in an outfit that could only be called his out-of-jail suit, and on Ranveer Singh, the lesser said the better. I suppose people could have eclectic (read weird) tastes, but Bollywood is the last place that gives us fashion goals. Sure, being a celebrity is not a hall pass for being fashionable. Take Rekha, the self- styled diva who puts Bappi Lahiri to shame with her gold jewellery and golden kanjeevaram sarees. She finally changed but what we saw made us wish she hadn't. White sari, white cloak and dark glasses with a hint of white in them!

Promoted
Listen to the latest songs, only on JioSaavn.com
Back to Cannes, on a parting note, Nawazuddin Siddiqui and the team of Manto were the only representatives of Indian cinema at the film festival this year. Yes, in case those dresses diverted us, Cannes is essentially a film festival and none of our ladies on the red carpet had anything to show for it. 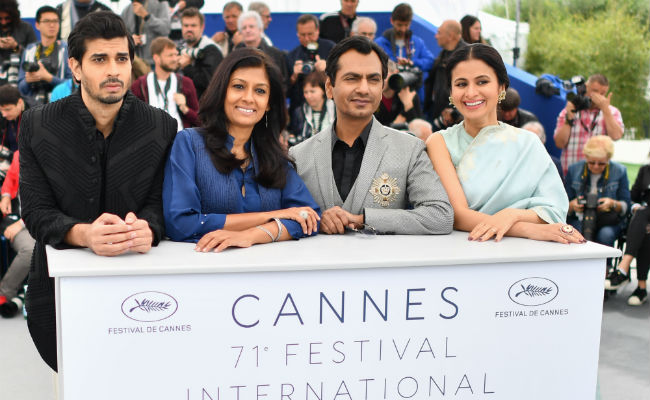